Given the reports emanating from the North West of England this week, it would seem Scottish giants Rangers are winning the race to sign Fleetwood striker Devante Cole. The Glasgow club are looking to agree on a pre-contract with Cole, with the 22-year-old’s deal at the Cod Army running out at the end of this season.

Championship sides Millwall and Sheffield United are also interested in him, though Rangers may yet be in a position to offer European football next term, which would be a major draw.

The English second tier duo had been first in the queue for Cole’s services, however, it appears that they have not been able to agree on a fee with Fleetwood for the son of former Newcastle, Man United and England star Andy Cole, which has left the transfer door wide open for the Light Blues to offer him the gig.

Cole has been in the limelight recently having played in a televised FA Cup clash with Leicester City at the weekend and is back in vogue after what was a disappointing spell at Bradford City. Since moving to Fleetwood, he has found his feet and looks like the real deal at a fair level and has certainly made Rangers sit up and take notice. 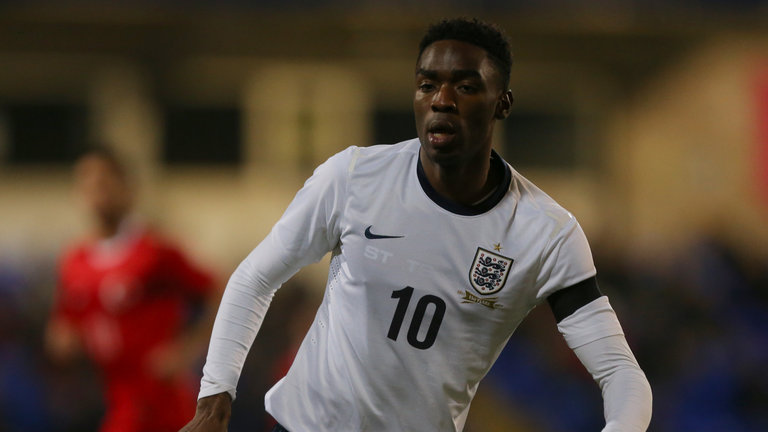 The move would undoubtedly be a good one for Cole who would get the chance to play in at least four Old Firm games per season and potentially win a number of trophies, but is it good for a resurgent Rangers?

I would say yes, as the club are determined to backtrack on Pedro Caixinha’s transfer policy and not fill their club with too many European and South and Central American influences. A British striker and an improving one at that would be a sight for sore eyes at Ibrox and a knowledgeable crowd there would know that if Cole possesses even half of his dad’s ability, they are onto a good thing.

So far, Cole can hardly be described as prolific but crucially, his goalscoring is on an upward curve with 2 goals in 14 league games for Fleetwood in 2016 followed by 5 in 37 last season and 10 so far in 26 this term with half the season still to go.

His pace and trickery are other assets he is learning to use and we must remember that the overall profile of the majority of defences in the Scottish Premiership is such that players like Cole can run amok.