According to reports, Manchester United are considering a move for Barcelona midfielder Ivan Rakitic this summer.

The 30-year-old played a key role in Barcelona’s title triumph last season, appearing 55 times in all competitions. Rakitic’s impressive performances for the Catalan giants have attracted United, who are ready to offer £35m for the midfielder.

Jose Mourinho admitted in April that United would need a second midfield signing if Marouane Fellaini leaves the club this summer.

The Belgian is out of contract next week and while a contract is on the table, Fellaini has been reluctant to commit his future at Old Trafford. This means the 30-year-old will leave the club for free at the end of this month.

So signing another box-to-box midfielder is of paramount importance despite the acquisition of Fred from Shakhtar Donetsk. United confirmed the £52million addition of Fred on Thursday but Mourinho should look for another midfielder to compete for all trophies next season. 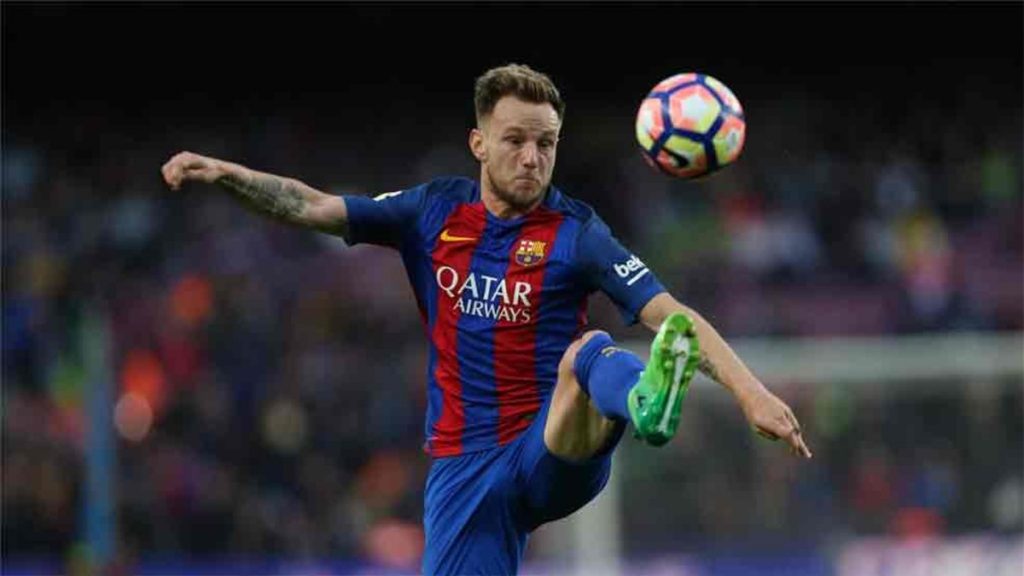 In that case, United could do really well by signing Ivan Rakitic from Barcelona. The 30-year-old, who starred in Croatia’s 3-0 victory over Argentina in the World Cup on Thursday, remains a hugely important player for Ernesto Valverde’s men and is contracted at Camp Nou until 2021.

The Croatia international is one of the finest passers in the game and he would be a superb addition to United’s starting lineup, with his ability to dictate the tempo of a match.

He is a defensive workhorse and regularly pulls the strings in the midfield for Barcelona. Rakitic is very composed on the ball and often looks forward to making purposeful passes.

Rakitic is highly energetic and his presence in the middle would allow Paul Pogba more freedom to go and join the attacks. His wealth of experience of playing at the very highest level with Barcelona would also surely prove to be a huge asset for United.

The Croatian could form a formidable midfield trio alongside Nemanja Matic and Paul Pogba, and also alternate with new signing Fred.

Rakitic’s presence in the midfield would undoubtedly provide more fluidity to United’s play and offer Mourinho the tactical flexibility due to his ability to play in an advanced role.

The acquisition of Rakitic might be a difficult one to pursue given he is contracted at Barcelona until 2021 but if United manage to lure the Croatian, it could turn out to be that signing to take the Red Devils to a new level.