Who is Liverpool new signing Bobby Duncan? The next big thing in English football?

Liverpool have reportedly completed the signing of prolific England youth international striker Bobby Duncan from Manchester City. The 17-year-old has signed a three-year contract with the Reds.

Duncan reportedly snubbed interest from the likes of Tottenham, Juventus, Monaco and Roma to join Liverpool as he is a lifelong fan of the club. Interestingly, he also happens to be Liverpool legend Steven Gerrard’s cousin.

Having signed a three-year deal with the Merseysiders, the youngster will start pre-season at the academy next week.

So, without much delay, let’s have a closer look at Duncan’s profile.

Born on 25 June 2001, Duncan grew up in Huyton as a Liverpool fan. He had trials with Liverpool and Everton as a 10-year-old but neither signed him up. Instead, Duncan joined Wigan Athletic, who spotted him in action for St Helens Town. After 18 months with the Latics, Duncan was snapped up by Manchester City.

The 17-year-old forward, who rose through Manchester City’s ranks, scored an eye-watering 66 goals in the 2015/16 season as he continued to flourish for both club and country.

On his debut for City Under-18s, he scored a goal against Newcastle United in October 2016. Duncan continued his rich goal-scoring exploits and ended the 2016/17 season with 51 goals for club and country combined.

However, Duncan felt his progress at City wasn’t going well as his pathway to the first team was blocked. Despite the Citizens’ desperation to keep him, the teenage prodigy parted company with the club last August after turning down their lucrative contract. However, City retained his registration and Duncan spent time training with Wigan’s first-team squad.

On the international front, Duncan became the first England player at any level to score a hat-trick against Brazil as his goals helped England Under-16s to edge out their Brazilian counterparts in December 2016. He was also a part of the England team which reached the semi-finals of the UEFA Under-17 European Championships last month.

A prolific goalscorer, Duncan can be often seen making intelligent runs before hammering goals from inside the penalty box. 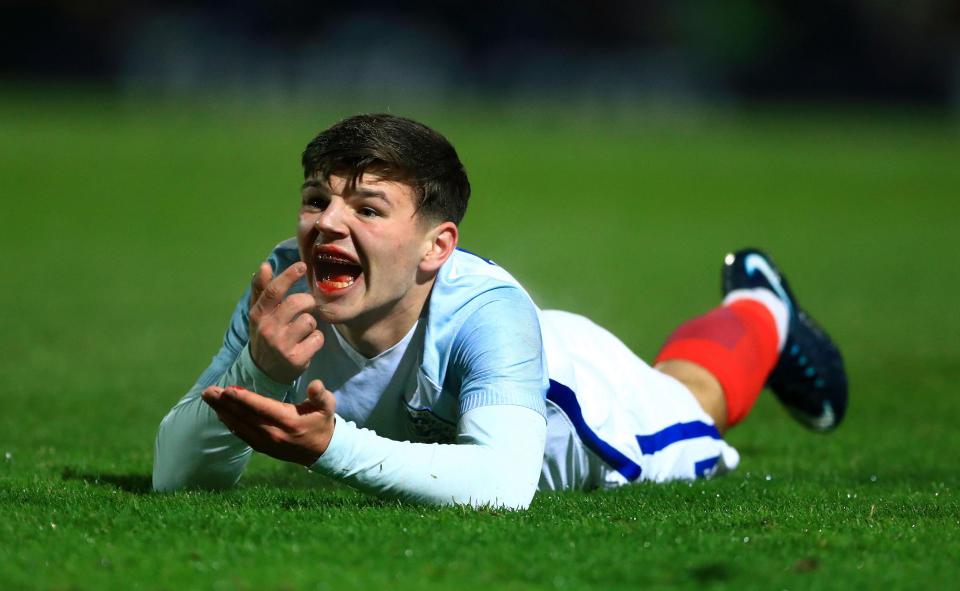 He is quick, strong, athletic and is capable of scoring goals of all kinds. He may not be a speed-bullet but he possesses the burst of pace required for a forward to run past defenders. Duncan is also a fantastic dribbler, while his ability to pick up goalscoring positions is second to none.

Despite being just 17 years old, Duncan looks to be a player with tons of experience.

Read more: Forget it Klopp – Liverpool are better off without spending £158m on this La Liga magician

Liverpool, who have signed a gem in Duncan, would be hoping that the youngster takes a leaf out of his uncle Gerrard’s book. The teenager is indeed a sublime talent and if he continues to progress at the same rate, he could be soon seen leading the lines for both Liverpool and England.