Tottenham Hotspur’s young striker Ryan Loft has signed on loan for Exeter City until the end of the season and fans are keen to find out more about him. Exeter have already had a chance to run the rule over him, albeit briefly, as Loft arrived from the bench in the Grecians under-23 League Cup draw with Hull City.

Born in Gravesend, the 20-year-old Loft has been with Tottenham for a long time but has also been sent out on loan twice before his move to Exeter City. A short time at Braintree Town was followed up by a loan at Stevenage where he played nine times in the league, though he didn’t manage a goal at Broadhall Way.

A 6f 3in striker, Loft is very much a confirmed centre-forward and doesn’t want to operate from too big a radius from goal. Although his touch is very good and he can link-up with his midfield, his main asset naturally is his height and presence close to goal. So he will always be a danger from crosses and set-pieces. 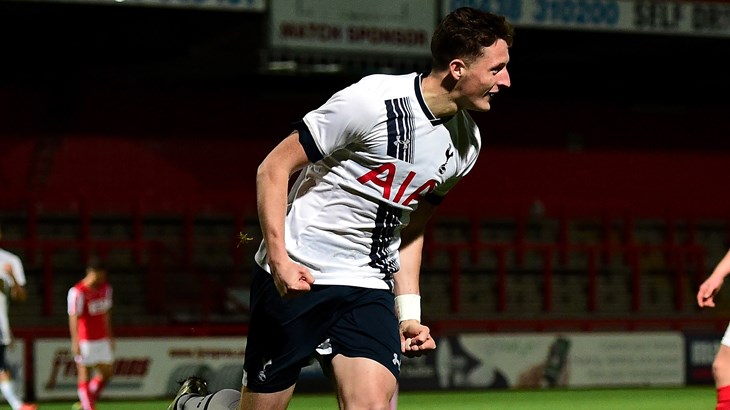 Already in his under-23 debut for Exeter, his physical power was noted, although he was punished by the referee several times perhaps unfairly given that most of his opponents simply didn’t possess his strength. Given that, he is perhaps even more likely to succeed in first-team football for the Grecians and League Two being the physical league that it is, he should be able to hold his own right from the start.

As always, it’s hard to say what sort of level he will reach, but whatever level it is, it may take him quite some time to reach his peak. That is often the case for players with this sort of physicality – we all remember Peter Crouch and Andy Carroll coming on to the scene but it seemed an age before they were considered international class.

The same fate may befall Loft and so he would do well to simply take whatever opportunities come his way, even in League Two, and if he progresses slowly, then so be it. He’s at one of the better Premier League clubs for bringing through academy graduates and so he simply needs to stick around at Tottenham long enough to be noticed when he fills out and I’m sure his chance at the top will come.