Premier League and North London rivals Arsenal and Tottenham Hotspur could be embroiled in a battle for Stevenage’s young star Ben Wilmot this summer. Both top-level clubs had January offers of around £1million rejected for the centre-back, though the 18-year-old is likely to be the subject of more offers and may play his last League Two game this spring.

Tottenham are said to have the stronger link-up with Stevenage having already loaned them Luke Amos, though Arsenal will not be beaten easily in the chase.

Here’s what we know about Wilmot so far:

Born in Stevenage, the 6ft 2in defender joined his local club at a young age and has progressed through the ranks to play first-team football.

Having joined Stevenage as an academy scholar, he signed his first professional contract with the club back in April 2017 and impressed in the club’s FA Youth Cup displays the same season, coming to the attention of some top-level clubs.

The centre-back made his first-team debut for Stevenage in October 2017, immediately getting 90 minutes under his belt and claiming a clean sheet as his side drew 0-0 at MK Dons in the EFL Trophy. Over the winter, he has quickly established himself as a first-team regular at Stevenage, leading to the club chairman publicly rejecting three bids from clubs in the Premier League during the January transfer window. 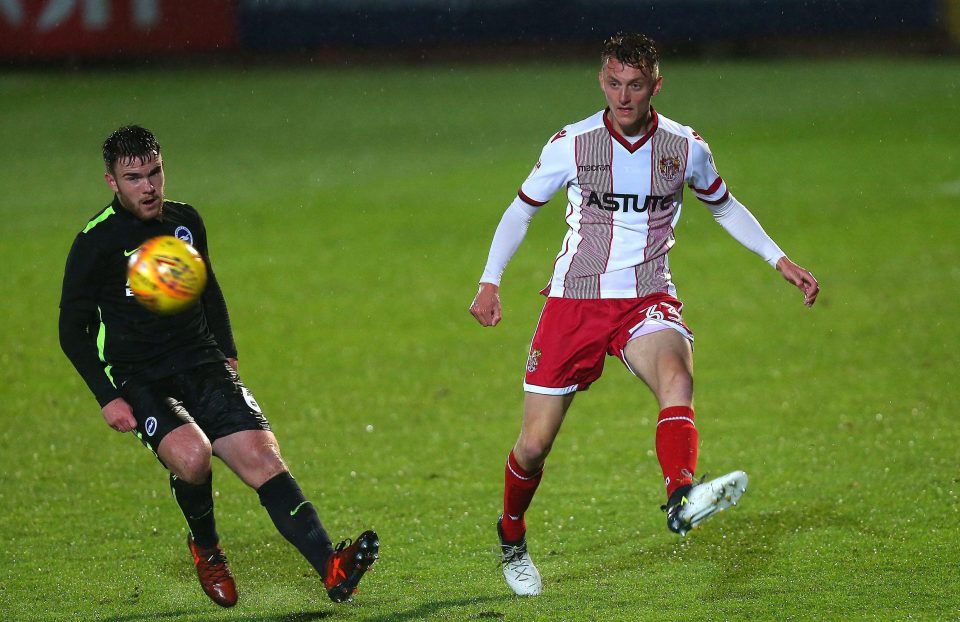 Wilmot still has some filling out to do in order to be able to out-muscle top-level forwards, though in terms of his height, his pace and his positional awareness he is pretty much already there. Wilmot is very much a centre-back in the modern format, someone who does his job defensively but is not afraid to bring the ball forward and look to join or start the attacks.

Wilmot is certainly not a League Two or even League One defender in the longer term, that much is certain. So a step up the football ladder is appropriate this summer to ensure he is playing with players more befitting his level of ability.

Whether or not his long-term future lies in the Premier League – let alone the upper reaches of it – remains to be seen but a transfer to one of these sides and then a loan, perhaps to the Championship, would not be a bad move for now. We should see him in the Premier League in the next few years though.