Who is Callum Gribbin? All you need to know about Manchester United’s newly promoted youngster

Teenage sensations Callum Gribbin, Mason Greenwood and James Thompson were all involved in the session at the AON training complex, ahead of Manchester United’s game against Brighton & Hove Albion.

Gribbin, 19, first stepped up to the United first-team at the age of 16 when Louis van Gaal called him up to pre-season training in 2015. He is quite capable of making his senior team breakthrough sooner rather than later. While Gribbin was not involved in the club’s pre-season tour of the United States, Mourinho has drafted the young midfielder back in for training with the first team (h/t Manchester Evening News).

Now that Gribbin has trained with the first team, let us have a complete look at his profile.

Born on December 18, 1998, in the city of Salford, England, Gribbin joined Manchester United’s academy at the age of nine, progressing through the youth teams.

Gribbin burst into the scene when he starred in an Under-13 game ahead of Edwin van der Sar’s testimonial in 2011. He scored twice on that day and impressed a jam-packed Old Trafford. Since then, Gribbin has continued to impress. Scoring a hat-trick against Liverpool last season was one of his best moments.

The 19-year-old has been a stand-out performer in the United youth ranks and has represented England across various levels as well.

The Salford-born playmaker has stayed with United thus far and the club must focus towards retaining him on a long-term basis.

Comfortable either in the No.10 role or on the right-wing, Gribbin is an intelligent player who is a fantastic passer of the ball. His ability to utilize space belies his age. He is composed on the ball, can drift past defenders in the blink of an eye and is an elegant two-footed player with fantastic set-piece abilities. 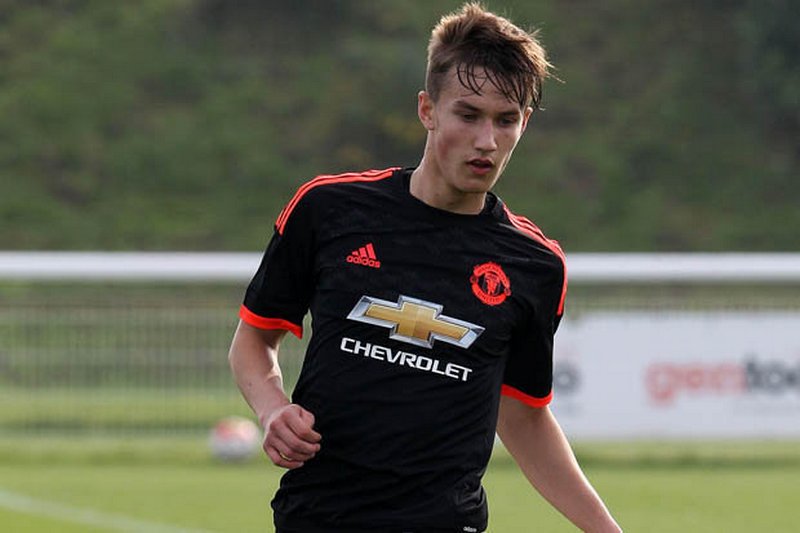 Gribbin is a special talent who can cut through defences, score goals and set them up for his teammates. Also, he is a free-kick specialist and has an impressive dribbling ability.

Gribbin has wonderful balance, a great burst of acceleration and just seems like a smart player. There are a few examples of how he’s made something out of nothing last season and he looks like a man full of confidence, playing with agility and purpose.

Read more: Food for thought: Why Manchester United will regret not signing this £50million-rated defensive lynchpin

Gribbin has seen his Under-18 teammates, Axel Tuanzebe and Marcus Rashford, make it into the first team. And the 19-year-old playmaker could be next on the conveyor belt. After training with the senior team, a debut could be on the cards for the talented youngster.