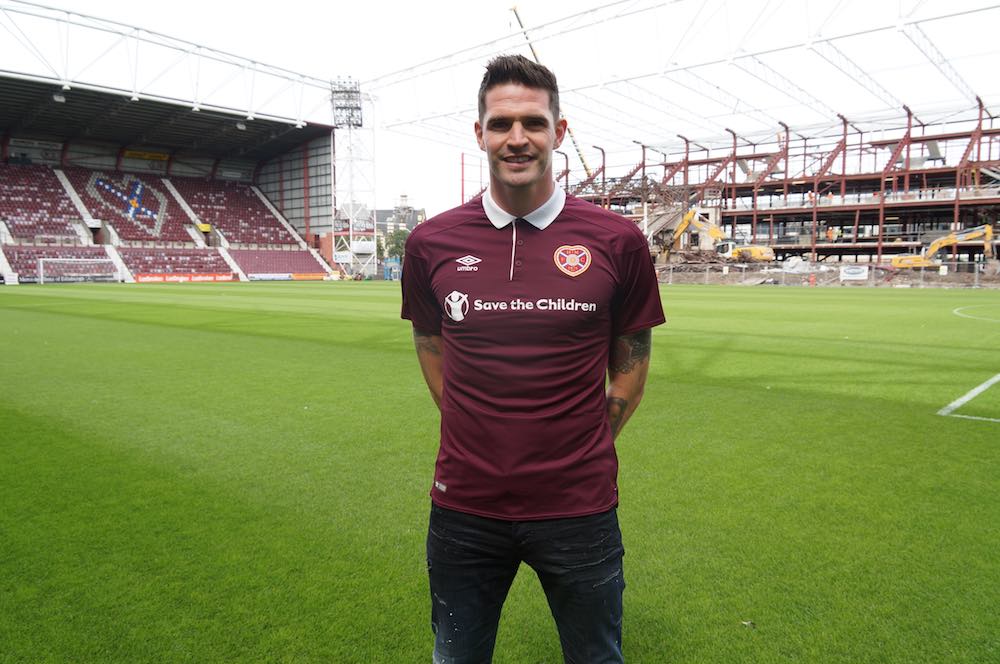 Sunderland have set their eyes upon Heart of Midlothian FC striker Kyle Lafferty as they look to battle away from the relegation zone of the EFL Championship, as per reports from the Scottish Daily Record.

Sunderland are currently third bottom in the table and have been struggling for goals of late, having scored just a single goal in four games in the month of January. And manager Chris Coleman is keen on addressing this issue before the end of the transfer window and sees Lafferty as the man to guide his side away from the drop zone.

With the Black Cats eyeing a move for the 30-year-old, here we take a close look at who Kyle Lafferty is and what would he bring to the table at the Stadium of Light:

Born on 16 September 1987, in Enniskillen, Northern Ireland, Lafferty began his professional footballing career by signing a youth apprenticeship contract with English club Burnley back in 2004. He was with Burnley till 2008, during which he also had a loan spell away with Darlington FC.

After making 86 appearances for the Clarets, in which he scored 10 goals, Lafferty moved to Scottish giants Rangers in the summer of 2008.

The striker enjoyed a hugely successful stay at Ibrox, as he went on to make 138 appearances for the Gers, netting 38 times and assisting 19 goals. Lafferty ended up winning three Scottish Premiership titles, one Scottish Cup and two Scottish League Cup trophies between 2008 and 2012.

In 2012, the Northern Irishman left Rangers to join Swiss outfit FC Sion, where he played 28 times and scored eight goals before departing to Italian Serie B outfit Palermo a season later. Lafferty led Palermo’s bid for promotion to the Serie A, scoring 12 goals in 36 games, helping them to the Serie B title. However, he was sold in the subsequent summer to English club Norwich City (2014). 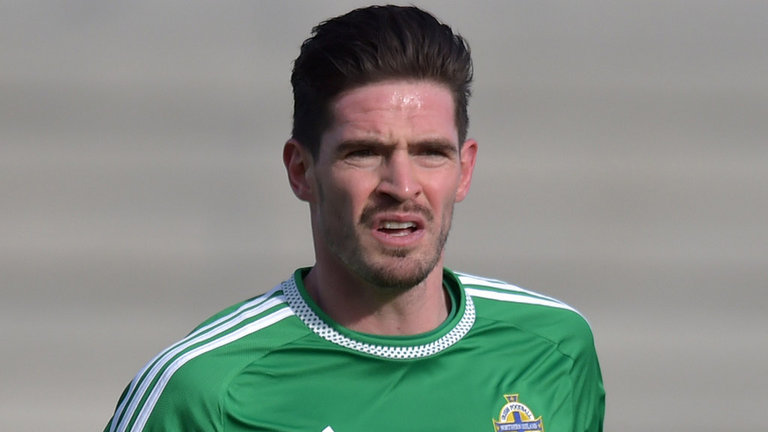 His spell with the Yellow Canaries wasn’t off to the best of the starts, as he managed just one goal in his first 20 games, leading to him being loaned out to Turkish club Caykur Rizespor in February 2015, for whom he scored 2 goals from 14 times.

On returning to Norwich at the end of the season, things did not improve for him and he was loaned out to Birmingham City in March 2016, where he managed just six appearances producing returns of one goal. In 2017, he was released by Norwich and was signed by Hearts on a free. Since his move to the Tynecastle, Lafferty has scored 11 goals and registered one assist in 25 matches.

Having represented the Northern Ireland youth sides, he made his senior debut in May 2006 and has gone on to represent them 67 times, scoring 20 goals in the process.

Standing at a little over 6ft 3in, Lafferty is known for his strong physical presence at the top and his ability to play with his back to goal. His physical stature makes him a great threat from set-piece situations, which also enables him to hold up the ball and do layoffs for his teammates in the attacking third. A striker with good finishing abilities, the 30-year-old isn’t afraid to take an aim at goal from distance as well.

And the Northern Ireland international is also someone who works hard off the ball and puts in a defensive shift for his team when needed.

While it is safe to say that Lafferty hasn’t had the best of times in England, he has been in terrific form this season for Hearts. And with Sunderland struggling to get goals regularly, they could clearly use someone of his experience and abilities to lead them out of the troubles this season.