According to reports this week, Leeds United have struck up a deal in principal with Italian Serie B outfit Carpi for the signing of forward Jerry Mbakogu.

The 25-year-old striker, a powerful figure, timed things perfectly when scoring for Carpi in a 2-1 win over Spezia last time out when he was apparently watched by Leeds United scouts. That goal took his total for the season to 8 goals and may have helped the Leeds hierarchy to make their mind up on the Nigerian-born man.

The Elland Road side may have to stump up as much as £3.5million for Mbakogu’s services with personal terms apparently agreed with the player, who is excited to have received the chance to play in England. In a similar sense to the transfer of Ideguchi from Japan this month, Leeds may not yet be able to make use of their new striker once he is on board, as there may be a problem with his passport.

Should Mbakogu find the relevant papers to be able to play in England, however, he will be signed before Wednesday night’s deadline and would be available to play immediately.

Born in Lagos, Nigeria but also able to represent Italy, Jerry Mbakogu started his youth career with Scorze Peseggia back in 2003 after moving to Italy as a child. A move in 2006 to Padova followed, as well as some time with Palermo in Sicily before he made his senior debut for Padova in 2010. 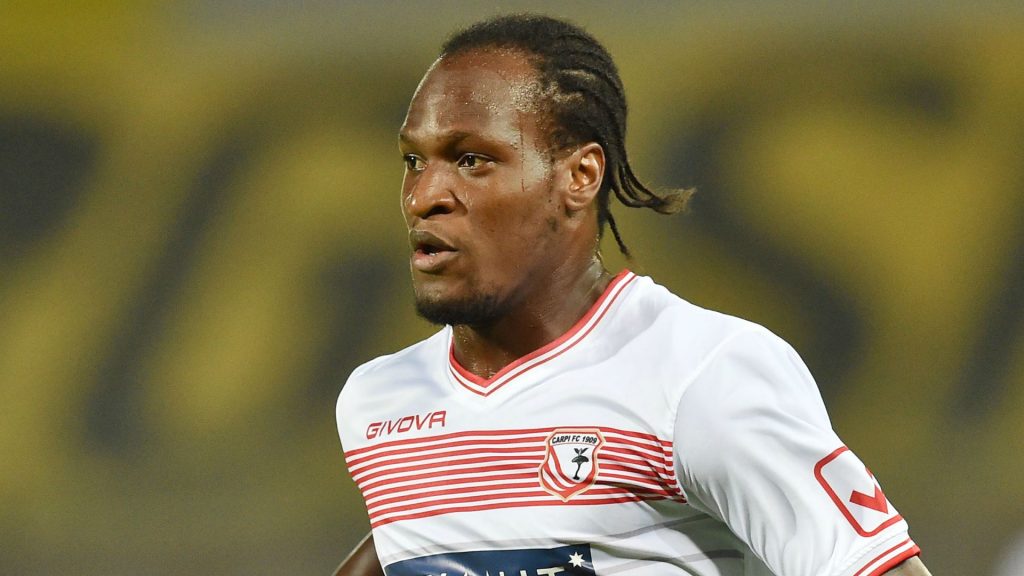 Having had loans to Juve Stabia and Carpi, he was finally sold to the latter club in 2014 and went on to score 24 goals in 75 games in total.

Mbakogu is tall and powerful enough to command the space really well as a centre-forward and so despite his ability to take a man on and even play down the wings, the central area is where he does his best work. Mbakogu likes to play on the shoulder of the last defender and look for the space he can get in order to create an advantage in his favour.

Given that he has had four loans and another 4 permanent transfers, and all at a lower level, it suggests that he isn’t going to suddenly make it big time. He definitely has the ability but he will not make it as a Premier League striker in England and really that is the sort of level Leeds should be aiming at.