After a very busy January transfer window which has further boosted a fast-improving Rangers, the Ibrox club are looking to build again in the summer as they seek to quickly close the gap on rivals Celtic and announce themselves once again as title contenders.

One player who is on the radar and has been for some time is Brandon O’Neill, the central midfielder having had an impressive season with runaway Australian A-League leaders Sydney FC.

Transfer fees involved in getting players out of Australia aren’t too prohibitive and this is something which will suit the Rangers board, so watch out for a bid around June or July. Here’s what we know about O’Neill so far:

The 23-year-old O’Neill was born in Perth and spent his early years in the game with the academy side at Perth Glory before moving on to WA NTC. Having failed to move straight into top-level football within Australia, he started his senior career with ECU Joondalup before going back to Perth Glory and making 13 league appearances for his boyhood club.

In May 2015, O’Neill secured a two-year deal with Sydney FC and scored his first A-League goal in late 2016 for the club, a free-kick in the Sydney Derby no less.

O’Neill has gone on to play 66 times in the league for Sydney FC and twice for the Aussie under-23 side and looks ready for a step up. 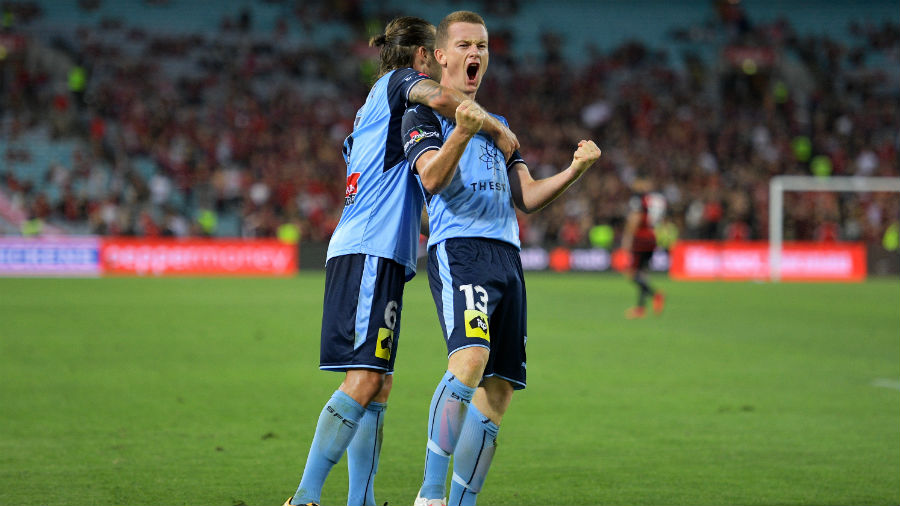 O’Neill is a confirmed defensive midfield player and as such doesn’t venture forward too often, though with a couple of goals to his name this season, he has proven he can finish. He likes to get his tackles and blocks in and every bit as much as a centre-back or goalkeeper, takes great pride in his side picking up clean sheets.

His passing ability is more than adequate though, rather typical of a holding midfielder. He does like to keep it simple and that is exactly what Rangers could do with next season.

Players coming from Australia tend to have a decent record in Britain, with clubs unwilling to invest unless they are sure of the ability and the players themselves not wishing to move to the other side of the world if it’s unlikely to work out.

Should O’Neill make the move, then I’m sure he’d fit in no problem at Ibrox, becoming an influential figure in the Scottish Premiership.