Premier League this season might have been uncontested in terms of the title challenge but the battle for survival is heating up with every passing gameweek. Although bottom-placed West Brom have an uphill task to save their top-flight status, it is still unclear as to which two sides among Stoke City, Southampton, West Ham United, Crystal Palace, Huddersfield Town, Swansea City and Newcastle United will be demoted to Championship.

The teams, however, are already weighing up options for the upcoming campaign via scouting network and the name of Jonathan Bamba has surfaced recently, who was reportedly linked with West Ham United and Crystal Palace.

Bamba is a 22-year-old French youth international who has been a revelation for Saint-Etienne this season. The French outfit are currently 9th in the league standings and are likely to finish inside the top half of the Ligue 1 table. The versatile youngster is their brightest of prospects and has netted 6 and assisted 5 times in 26 league appearances.

He is capable of playing as a centre-forward, an attacking midfielder and also down both the wings. He is pacy, loves to take on the defenders, cuts inside from a wide role and also loves to layoff to create space in opponent’s box. The Frenchman has progressed through Saint-Etienne academy ranks and the previous loan spells with Paris, Sint-Truiden and Angers helped him to flourish in senior football. 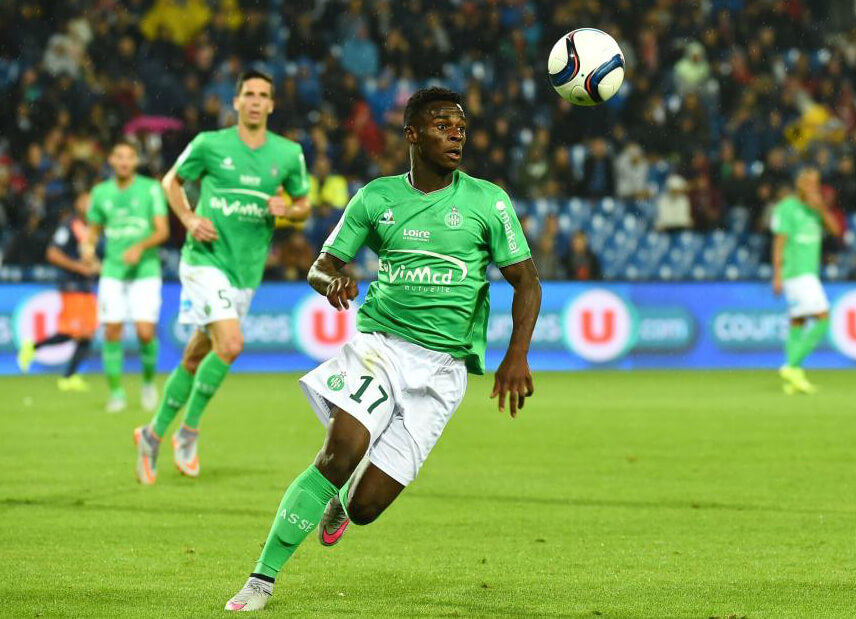 Bamba is out of contract in the summer and has not yet signed an extension amidst interest from several Premier League outfits.

The player, however, is aware of the transfer rumours but is yet to have a clear thought about his next move. He told in an interview with Goal (h/t Craydonadvertiser),

“It’s still not sorted. I’m waiting and I hope that it will sort itself out soon.”

The Hammers invested well in the transfer market last summer but could not live up to the expectations which led to a fan outrage against the club’s increasingly unpopular hierarchy. Crystal Palace, Bamba’s other keen admirer, had a shocking inception under Frank De Boer but have recovered to some extent since Roy Hodgson’s appointment.

But they still need a few more wins to secure Premier League safety. The Frenchman’s move would solely depend upon their top-flight status, as a promising star of Bamba ’s calibre may not want to ply his trade in the second tier of English football.

What Would He Offer?

The promising youngster will add flair to the attack and his directness will benefit these mid-table sides to hit back on the counter. Although West Ham have plenty of quality attacking options in their ranks, the Eagles have a lack of depth up front, thus require some creative presence high up the pitch. Palace should be more aggressive in pursuit of Jonathan Bamba but must escape a relegation first.