West Ham United and Tottenham Hotspur are both reportedly interested in a January move for Real Betis sensation Fabian Ruiz. The report also goes on to state that David Moyes will be closely monitoring the player’s performances to decide if the Hammers should pursue him. Spurs, meanwhile, are also keen on acquiring the 21-year-old’s signature.

The youngster has earned rave reviews for his displays so far and he does seem like an exciting prospect. As far as a potential move to the Premier League is concerned, he does have two parties interested in him. However, let’s take a closer look at the player’s profile.

Born in 1996 in Los Palacios y Villafranca, Spain, Ruiz forayed into the world of football at the tender age of 8. He joined Betis’ youth setup in 2004, prior to which he spent some time with his hometown club. Ruiz buckled down and soldiered hard for the next decade and he gradually rose through the ranks.

In 2014, he was promoted to the reserves side and started appearing for the club, in the Segunda Division. Eventually, Betis sealed promotion to the top-flight and Ruiz had a small but important role to play. In 2015, he made his debut in the La Liga and he even received a contract extension later that year. Regardless, he was then loaned out to Elche CF but he is now back at Betis and is doing quite well. 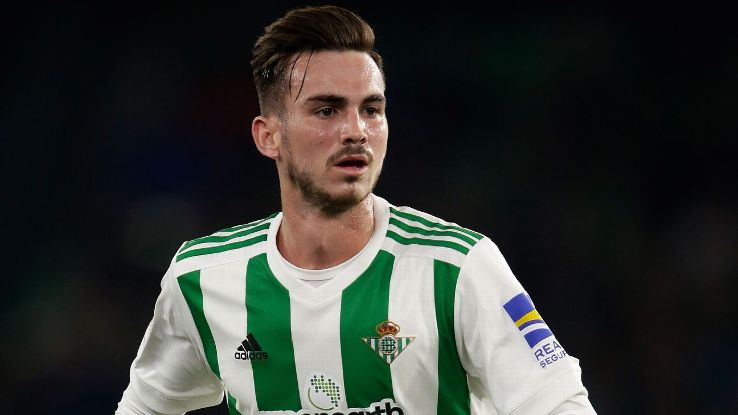 An attack-oriented midfielder by trade, Ruiz thrives in a central midfield position. He seems to have a penchant for long shots and boasts of excellent dribbling and passing accuracy. The player also seems to enjoy tackling and he seems to have a very mature understanding of the game, which often translates to effective decision-making on the field. The youngster is quite strong when it comes to dominating the midfield area but he needs to work on improving his finishing skills.

With both West Ham and Tottenham interested in him, it remains to be seen which club Ruiz will choose. However, there is no doubt that this would come as an immense opportunity for the midfielder. He could play a more active role for the Hammers and garner experience as well as game time but at Tottenham, he might have to occupy a back-seat when it comes to regular time on the field. He would do well to choose West Ham for now, as opportunities would come knocking if he performs well for the Hammers.