West Ham United are interested in signing Saint-Etienne’s thrilling midfielder Jonathan Bamba, according to reports. The Sun reports that the Hammers want the 21-year-old to sign a pre-contract with them before his deal with the Ligue 1 side expires in the summer.

Bamba has previously been linked with both Huddersfield Town and Newcastle United but with West Ham emerging as a potential suitor, here is the lowdown of the 21-year-old midfielder of Ivorian origin.

Born on 26 March 1996 in Alfortville, France, Bamba joined the Saint-Etienne academy in 2011 and is a graduate, having progressed through the youth setup. Bamba made his debut for Saint-Etienne in 2015 but after a year, he joined Ligue 2 club Paris FC on loan until the end of the 2015-16 season. He did play a lot of games for Paris FC but failed to register a single goal.

The young French midfielder was loaned to Belgian First Division A club Sint-Truiden in the summer of 2016. However, he was sent back to Saint-Etienne during the winter break of 2016-17. In January last year, he sealed a loan move to Angers, where he scored three in 16 last term, contributing two assists.

And now finally back to Saint-Etienne, Bamba is primed for bigger things after an impressive start to the campaign. Bamba has represented France at various youth levels. He has made 8 appearances for Under-21, netting two goals.

A goal-scoring midfielder, Bamba is capable of playing anywhere in the midfield. He can also operate in various attacking positions and also play as a false 9.

The 21-year-old is a pacey customer who can play across the front line. But he has mostly played through the middle for St. Etienne this season. The move has worked wonders as Bamba has contributed with plenty of goals and assists. 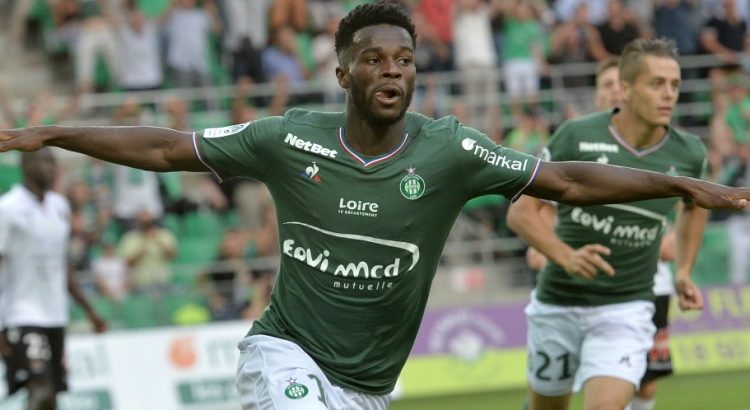 The move to Angers came at the right time as the midfielder of Ivorian descent has gone from strength to strength. He has made it a habit of making an impact this season, scoring vital goals against Nice, Angers and Dijon. Bamba’s game hasn’t been only about goals. He was adjudged the Man of the match for his stellar display against Caen, where he set up the only goal of the game.

The biggest feature of his game is that he is brilliant at taking the ball forward at blistering pace. At 5ft 9in, Bamba isn’t the biggest presence on the field but he more than makes up for it with his upper body strength. The 21-year-old star forward, apart from scoring goals, initiates attacks from promising areas with pinpoint passing and through balls. He also carries the ball forward himself, before bringing his teammates into play.

No wonder that Saint-Etienne are desperate to tie Bamba down to a new contract with his current deal expiring in the summer. The Sun claims that the player wants more wages and the Les Verts are not keen on that idea, which has stalled the discussions over a new contract.

This means Bamba, who has scored 6 goals and supplied 4 assists this season, could become a free agent in the summer as things stand. The French Under-21 star’s future is very much uncertain for now and therefore the Hammers should continue keeping a close eye on the situation.