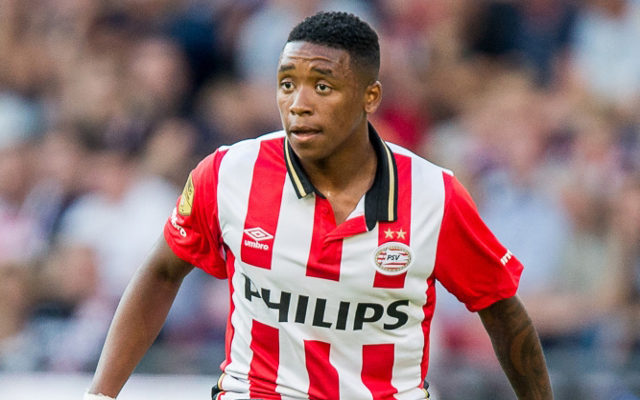 Everton are reportedly interested in a summer move for PSV Eindhoven’s rising star Steven Bergwijn. Known to be a speedster, the Toffees have been monitoring his performances for a while now and are pleased with what they have seen. He has played a pivotal role in helping the Dutch club race to the top of the Eredivisie table and he has deservedly attracted attention from the Merseysiders.

At 20 years of age, Bergwijn is filled to the brim with the potential to be a superstar in the near future but is he worthy of playing in the Premier League? Let’s take a closer look at his profile.

Born in 1997 in Amsterdam, Netherlands, Bergwijn embarked on his career as a young footballer with ASC Waterwijn. He gradually made a mark for himself with the club and then moved to Ajax’s prestigious youth academy, where he spent 2 years.

That was where he started working on developing his attacking instinct and much like other youth products from Ajax, Bergwijn is quite a force to be reckoned with. Eventually, he attracted attention from PSV and joined them in 2011. After spending 3 years with the youth side, Bergwijn started playing for Jong PSV and he has even managed to break into their first-team.

Since then, he has appeared as a regular for the club and has cemented a place for himself in the starting XI as well. As far as his international career is concerned, Bergwijn has appeared on many levels for the Netherlands – right from the U17 to U21.

Blessed with good technical knowledge, Bergwijn is quite versatile in the sense that he can play quite easily on either flank. He can play across the front line as well but his preferred role is on the wings. He is quite adept at cutting into opponent defences to make space for himself.

Against teams that man-mark, Bergwijn will be an asset since his ability to play on either side allows him to effortlessly switch flanks to confuse the defenders. He can create chances and score goals with equal flair. His agility has proven to be one of his biggest strengths as well.

Given his skills and potential, Bergwijn can work wonders for any club he may play for. It remains to be seen if he is willing to leave his country and move to a foreign league but if he did, there is absolutely no doubt that he would prove to be a fantastic signing for Everton. The Toffees have made it a point to target young players and to that end, Bergwijn can be a solid addition to a new-look Everton side under Sam Allardyce.