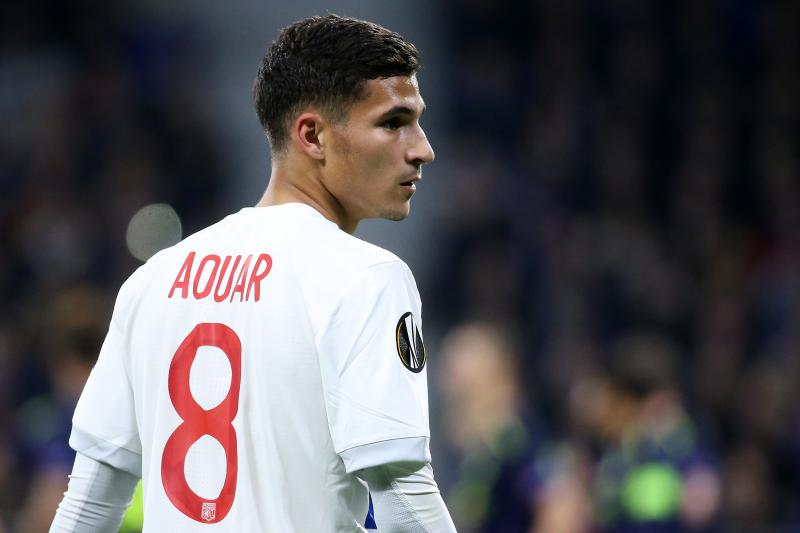 Liverpool are reportedly interested in a summer move for Lyon wonder kid Houssem Aouar, who has appeared quite regularly for the Ligue 1 outfit ever since he broke into the first-team.

The teenage sensation is also understood to have attracted attention from Barcelona and although the fight will be tough, Jurgen Klopp is keen to race ahead of the Spanish giants in a quest to acquire Aouar’s signature.

Interesting, the Reds attempted to sign him prior to this but it did not materialize. It remains to be seen if they can sign him this time but how good is he? Let’s take a closer look at Aouar’s profile.

Born in 1998 in Lyon, France, Aouar forayed into the world of football as a youth player for AC Villeurbanne. He spent three years learning the basics and solidifying his foundation with them but his prolific displays earned him a spot in the Lyon academy.

He rapidly rose through the ranks and quickly established a reputation for himself as one of their rising young stars. Aouar received an opportunity to make his debut for the first-team about a year back and there has been no stopping him ever since.

As far as his international career is concerned, Aouar plays for France even though he is of Algerian descent. Until now, the 19-year-old has appeared for the France U17 and U21 teams.

Aouar is quite a versatile young talent. Throughout this season, he has played in a variety of roles for the French club – which includes positions such as central midfielder, winger and even as a defensive midfielder.

The youngster’s strength lies in his ability to read and understand the game. He knows when to surge forward and attack and he also knows when to fall back to shield the back line. His passing skills are quite accurate and Aouar boasts of blinding dribbling and tackling capabilities.

If he continues playing this way, Aouar is undoubtedly a future superstar. If Klopp can land him, it is safe to say that Liverpool will have acquired a player who can truly take them far. Hence, given a choice, they must do everything they can to sign him – even if they face competition from Barcelona.

However, convincing Lyon to let one of their brightest prospects leave at a time like this could be cumbersome but perhaps the right price could change their mind.