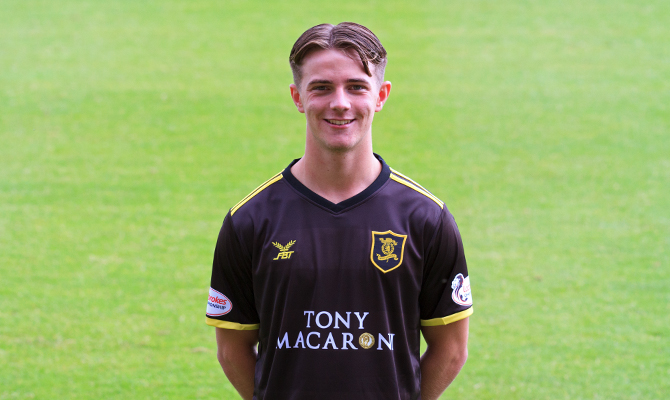 Having turned 18 just a couple of months ago, Matthew Knox has already made his name known to clubs on both sides of the border is now a target for Rangers, Manchester United and Liverpool.

The Livingston striker has had trial periods at all of those clubs as well as Sunderland in recent times where it appeared he was moving to in January following not only an impressive trial but also a fine performance in a practice game.

Knox himself has revealed that Sunderland’s bids for him didn’t really reach Livingston’s expectations and he now finds himself out on loan at East Fife, purely for more experience.

Here’s what else we know about him so far:

Born near Edinburgh at the end of 1999, Knox started his football education in earnest going to Livingston in 2011 when he was only 11 years old and after 4 successful years as a junior, he made his first-team bow for the Lions in 2015.

He went on to make 17 fleeting appearances in the league before his trials with some of English football’s biggest clubs brought him some great experience.

To gain more of that he has been sent to East Fife where he has yet to make a league start but is being watched with great interest by many a scout from many a club.

Knox is a proven goalscorer at junior levels and is desperate to show he can do it in first-team football by playing right up front, though he is more than happy to play in the no.10 role.

He’s not the biggest of players and prefers taking a man on or finding space in between the defence and the midfield rather than having to battle with the centre-backs.

Having never seen him play live it’s hard for me (and the majority of people in the game) to make a judgement on Knox’s ability. His achievements in senior football on paper are nothing at all to shout about so far.

Despite not having found his feet, it would be unfair to judge him on goals, though not scoring in two Scotland under-17 appearances or for Livingston so far in the league is just a tad worrying, I’m sure once he gets his first SFL strike he’ll rake in plenty more.

Of the clubs mentioned in the same sentence as him recently, you’d imagine Rangers would be the more likely and he would find it easier to get first-team football there than in England and it would be the right step up for him as well.