Southampton may have escaped with a 1-1 draw against Tottenham Hotspur in their most recent Premier League match but they did have a reason to rejoice. When Manolo Gabbiadini was taken off the pitch, a 17-year-old Michael Obafemi made his debut appearance, which made him the second youngest player to appear for the Saints. In addition to that, it also made him the first player born in/after 2000 to appear in the Premier League.

He missed an opportunity to score but it was a promising debut nevertheless. Mauricio Pellegrino was full of praise for the young star after the game and rightfully so. Let’s take a closer look at the player’s profile.

Born in 2000 in Dublin, Ireland, Obafemi embarked on his youth career by joining Leyton Orient. He spent a good number of years learning the trade there, following which he made the move to Southampton in 2016. He has been capped for Ireland at the U19 level and has established himself as a vital component for the Saints’ U18 team so far.

In fact, his prolific displays caught Pellegrino’s eye, which helped him make his senior debut against Tottenham recently. As far as his performances for the U18 team are concerned, Obafemi has scored 9 times in 11 appearances so far. 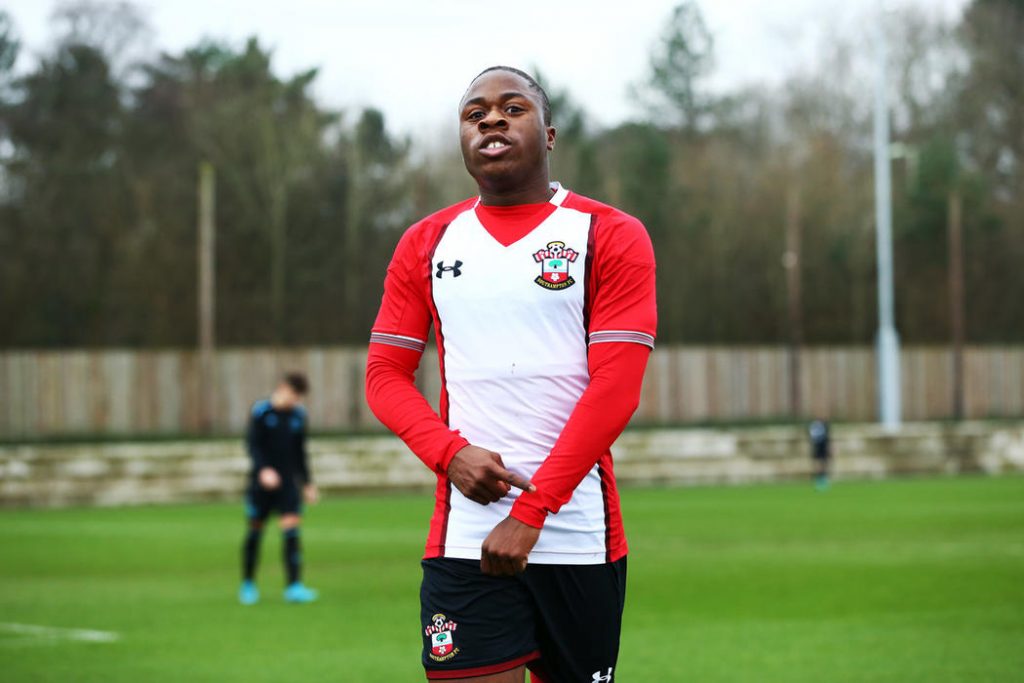 One thing that everybody immediately noticed on his debut was that Obafemi is a naturally quick striker. His speed allowed him to trouble an otherwise solid Tottenham defence and his incisive runs in the final third proved to be quite promising. The youngster’s dribbling skills were top-notch and his passing accuracy was commendable as well. Despite coming in at a time when the pressure was amplified, Obafemi did not show any signs of cracking down and put in an admirable display.

If he continues this way, Obafemi can do wonders in the future. Southampton are renowned for producing some of the best young talents and the 17-year-old seems to be the next player to watch out for. He brought in a sense of fresh energy to the team and now that the ice is broken, we might get to see the player more often.

The Saints have often lacked attacking power this season and if Obafemi buckles down and soldiers on to sharpen his skills further, he could be the next one to lead the line for Southampton. His development so far has been sensational and it will be interesting to see how far he can go from here.