Who is Erling Haaland? All you need to know about this Manchester United target

Jose Mourinho is determined to make a strong comeback after Manchester United endured a frustrating campaign last time out. Though the club finished second in the league, the style of football they produced was far from convincing.

The Red Devils have already completed deals for Fred and Diogo Dalot but it seems like United are not done with their business in the market yet. As per reports, the club are interested in Norwegian prodigy Erling Haaland.

Haaland is a 17-year-old striker who plays for Norway’s U19 side. He currently plies his trade with Norwegian football club Molde FK.

The 17-year-old joined the club last year and has earned widespread plaudits for his impressive displays. Incidentally enough, he is the son of famous Manchester City midfielder Alf-Inge Haaland, whose career was effectively ended by Manchester United legend Roy Keane.

But the former Manchester City man’s son has been making a name for himself across Europe. He is one of the hottest prospects out there.

The Sun reported last week that Manchester United scouts were watching the Norwegian wonder kid as he scored all four goals in a win against Brann.

The 17-year-old prodigy once again impressed in a game against Valeranga as he assisted Mattias Mostrom for the first, before grabbing a brace for himself. The youngster has been attracting interest from a number of clubs this summer and it remains to be seen if United succeed in landing him.

The Red Devils heavily relied on Romelu Lukaku to produce the goods last season. The towering Belgian did not disappoint as he scored 16 goals and provided 7 assists in the league.

That said, Erling Haaland would certainly prove to be useful for United. He can play as an understudy striker to Lukaku, who is in dire need of getting some support. Furthermore, the former Everton attacker could also mentor the forward and show him how things are done in the Premier League. 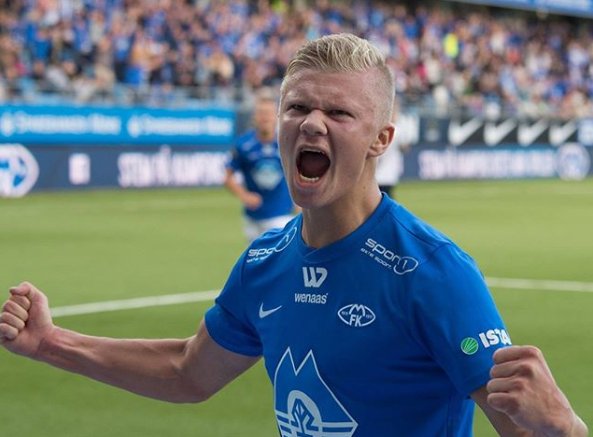 Jose Mourinho has successfully developed a number of young players over his glittering career and Haaland could be the next in line. Although there are a number of controversies surrounding the Manchester United manager, he is undoubtedly one of the most experienced coaches around. His presence could ultimately prove to be vital to the youngster’s development and progress.

Read more: Ed Woodward should give green light to complete deal that could allow Mourinho to challenge for the title

As far as United are concerned, Molde’s current coach is former Manchester United striker Ole Gunnar Solksjaer. Hence, the striker’s relationship with his former club should help them strike a deal for the youngster who is quite in-demand.