As per reports, Arsenal might have signed Barcelona starlet Joel Lopez. The 16-year-old left-back is believed to have agreed on scholarship terms ahead of putting pen to paper on his first professional contract when he turns 17 in March.

Barcelona had been keen to keep hold of Lopez but he announced last month that he had decided to quit the Catalan club, where he had been part of the La Masia academy since being a nine-year-old kid.

Now that Lopez is set to join the Gunners, the 16-year-old will be a part of the academy led by Per Mertesacker and will link up with the Under-18s squad.

When Arsenal sign a young player from Barcelona, the mind tends to think that this latest youngster can be the new Cesc Fabregas, who left the Catalans as a kid to join the north Londoners. Hector Bellerin followed Fabregas’ path, joining Arsenal as a 16-year-old before becoming a first-team regular under former manager Arsene Wenger.

Arsenal have also poached players like Fran Merida and Jon Toral from the Barcelona youth set-up but the duo struggled to establish itself in the first-team before moving on.

However, now that the Gunners have signed another talent from the La Masia academy, they should be keen to nurture him and not let him go like Merida and Toral.

Arsenal have been one of the elite clubs always looking out for youth talents. Scouts are sent to every corner of the world and the competition for the sublime talent is fierce.

Keeping that in mind, credit to former Barcelona Sporting Director Raul Sanllehi, who is now the Head of Relations at the Emirates, for poaching Joel Lopez.

Fabregas joined Arsenal in 2003 and played a key role for the club before he departed to Barcelona in 2011. Although he ended up winning only the FA Cup with the Gunners, he became a hugely popular figure in the eyes of the Gunners’ faithful in those eight years, particularly after becoming club captain.

But the Spaniard’s legacy was tarnished when he decided to swap Barcelona for Chelsea in 2014. The transfer became a much-hated story because of the matter of fact that Fabregas joined none other than Jose Mourinho’s forces at Stamford Bridge. 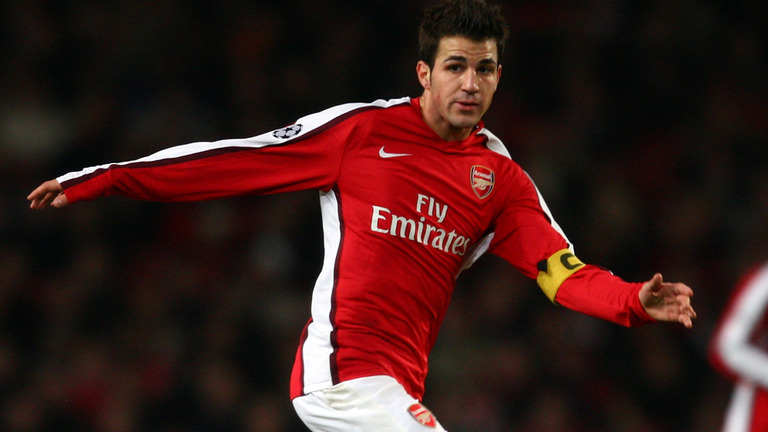 Arsenal fans will hope the same doesn’t turn out with their academy’s new kid, Joel Lopez. What is amazing for the 16-year-old is that he will go straight down with the Under-18s to work with Per Mertesacker, a highly respected figure within the club.

Also, Unai Emery has signed Matteo Guendouzi from Lorient this summer and the 19-year-old Frenchman has been snapped training with the first-team, which clearly shows the new Arsenal head coach is keen to integrate young blood to rebuild the side after Wenger’s departure from the Emirates.

Read more: Enough is enough: Arsenal must offload their £16m flop this summer for the sake of good

The Gunners have another La Masia talent in their academy now and it will be interesting to see how he rises through the ranks in North London.

Hopefully, Lopez makes a strong impression in the academy and follow the suits of Fabregas and Bellerin, and not Merida and Toral.