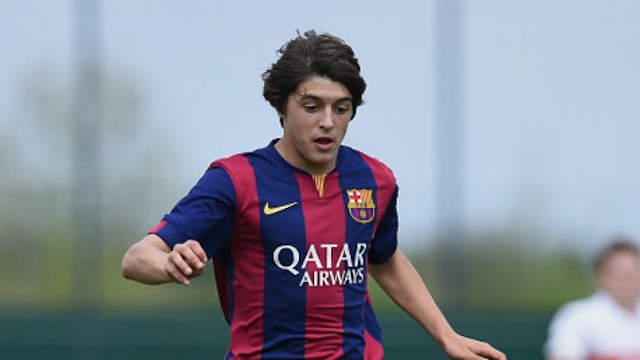 Arsenal might have lost pace in the Premier League battle for more than a decade now but Arsene Wenger, the Gunners gaffer, is still adored for grooming talents and promoting them in an era of money-driven football.

The Frenchman has been jeered by supporters for not spending enough in the market but Wenger has always focused on nurturing young guns and preferred training over making a lot of big moves in the market.

Football, however, is transforming rapidly in this modern era and even Arsene Wenger had to invest heavily in the transfer market to keep pace alongside other Premier League heavyweights. Yet, he has not given up on the foundation and is reportedly aiming a deal to bring in young Barcelona prodigy Pablo Moreno.

Moreno, 15, is one of the finest prospects from the esteemed La Masia academy and has already netted 15 times so far this season featuring for Barcelona B. His contract runs down this summer and the management is unsure whether the player is keen on extending his stay amid strong links of a switch to one of the most prestigious Premier League sides.

Wenger is in the twilight of his coaching career but still promoting the youngsters like Alex Iwobi and Ainsley Maitland-Niles who are likely to carry the baton forward from the current superstars and possibly bring back the glory days even after the charismatic Frenchman bids his emotional farewell in near future. 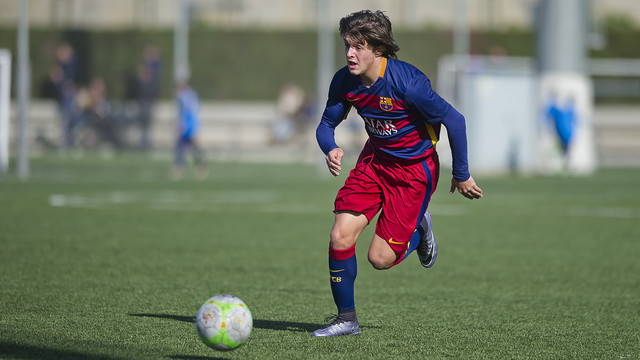 Wenger has always kept tabs on some of the highly-rated youngsters and is known for raiding La Masia a few times. Cesc Fabregas was the most notable recruit back in 2003 who went on becoming one of the finest midfielders in world football. Also, Hector Bellerin is another acquisition from the Catalan giants, who has earned a regular slot in Arsenal lineup under Wenger.

The young right fullback has earned 3 senior caps for the Spanish national team and is regarded as one of their brightest prospects. Pablo Moreno may now join the list if the Gunners can lure him to complete a move upon his contract expiration.

The Spain U16 international is known for his goal-poaching traits who is certainly more than just a hitman forward. He is mobile, agile and the defenders usually struggle to track his movements around the box.

Moreno is lively, prefers to cut inside from the left-hand flank and curls his strike into the far corner with ease. He is highly-rated among the Blaugrana’s homegrown prodigies and will arguably enrich the Gunners’ academy setup with his stunning skills and attributes.

Arsenal are struggling these days to get back inside ‘top four’ of the Premier League and the persistent absence from Champions League football will hinder them from signing the big named players.

But a proper academy setup might just help them bring in players who will progress through their younger teams and a talent like Pablo Moreno belongs to those names who truly hold a bright future ahead.