According to an exclusive report from the Daily Star, Premier League side AFC Bournemouth are set to sign versatile attacker Sammie Szmodics from League Two outfit Colchester United. The 22-year old striker, who is the top scorer for Colchester this season, will cost the Cherries a fee of £1million and will sign for Eddie Howe’s side at the earliest possible.

With the transfer on the verge of completion, here we take a close look at who Sammie Szmodics is and what he will offer Bournemouth, once signed.

Born on 24 September 1995, in Colchester, Samuel ‘Sammie’ Szmodics joined the academy of local club Colchester United at the age of 7, in 2002, and came through the ranks with the U’s, before breaking into the first-team in 2013.

He made his debut for the club in a League One match against Bristol City in September 2013 as an 18-year old. Szmodics appeared 8 times in total across all competitions in that season but failed to find the back of the net even once. In the subsequent season, the attacking midfielder started to earn his stripes at the club and became a regular, finishing with 5 goals in over 30 appearances.

Szmodics was loaned out for a month to Braintree FC in October 2015, whom he represented thrice, scoring 2 goals. A foot injury towards the end of 2015 cut his season short and he finished with just 8 games for Colchester. He managed 5 goals and 3 assists from 23 matches in the 2016/17 season and has found his groove in the ongoing campaign. In 23 matches this season, Szmodics has netted 12 times and has registered 2 assists as well. 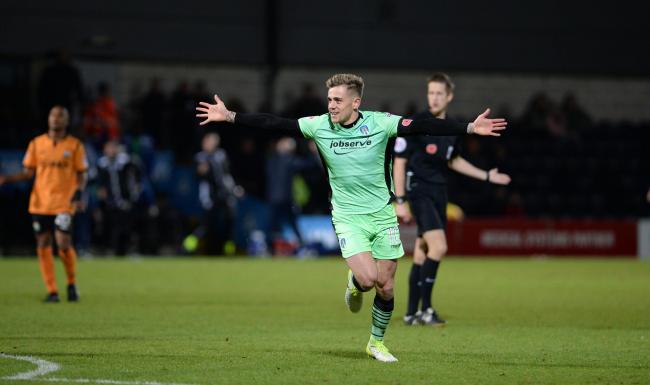 Primarily an attacking midfielder with an eye for the goal, Szmodics has been utilised as a lone centre-forward on a number of occasions and can play as an auxiliary striker as well. At times, he has featured as a No.8 for the U’s as well.

Extremely confident in his abilities, the 22-year old has had a solid goal-scoring record throughout his youth career and has continued to bang them in for the senior side as well. A very good passer of the ball, Szmodics has displayed good intelligence and awareness in the attacking third. But, it his versatility and the knack of getting goals that makes him an exciting prospect.

Bournemouth have been struggling this season in the Premier League and find themselves sitting just a point above the bottom three. Without a doubt, they need some new faces in the January window that can help them turn things around.

While Szmodics has performed admirably for Colchester this campaign, his lack of experience at the top-most level could be a bit of a hindrance. Yet, the 22-year old is a talented player and could surprise many with his performances.