Who is Andre-Frank Anguissa? All you need to know about Fulham’s new signing

On the transfer deadline day, Fulham created history. The London-based club became the first newly-promoted team in the history of the Premier League to spend over £100million in the summer transfer window. On the final day of the window, the club signed Andre-Frank Anguissa from Marseille on a five-year deal for a £22.3m fee (h/t Sky Sports).

Anguissa, 22, is a Cameroon international who spent his youth career at State de Reims but joined Marseille in 2015. He made his debut against FC Groningen in a Europa League match and three days later, the youngster made his Ligue 1 debut against Lyon.

He was integrated slowly into the squad as he made only 13 first team appearances across competitions in his first season. But once new manager Rudi Gracia, Anguissa became an integral part of the team.

Despite being on the periphery of the first-team squad initially, Anguissa eventually started games week in week out for Marseille. The 2016/17 season was a breakthrough year for him, as the player went on to make 33 appearances for his side.

Anguissa’s scintillating form attracted the national team and he made his international debut in a 1-0 win over Tunisia. He went on to make 4 more appearances for his country in the World Cup qualifiers but Cameroon failed to qualify for the colossal event in Russia.

In the 2017/18 season, he was one of the first names on the teamsheet as Gracia trusted him with a defensive midfielder’s job. Despite being just 22, he showed a sense of maturity beyond his age to cut out opposition attacks and keep his side ticking from the centre of the park.

He helped his team reach the Europa League final of 2018 where Marseille faced Atletico Madrid. Roji Blancos proved to be a class apart for the French club as they won the match 3-0 but Anguissa made his mark. 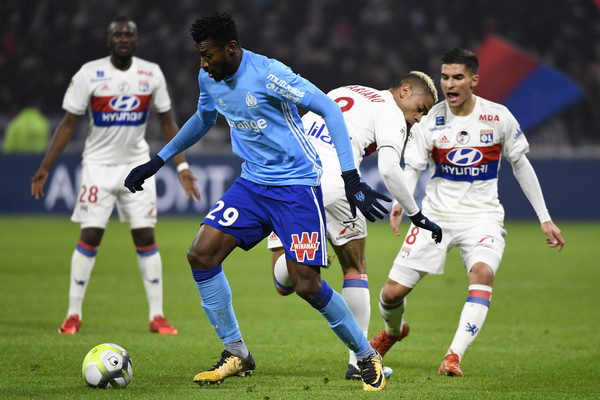 Anguissa joined a host of newcomers like Luciano Vietto, Joe Bryan and Timothy Fosu-Mensah, all of whom arrived at Craven Cottage on deadline day. Fulham played their first game of the season against Crystal Palace in a 4-3-3 formation where Kevin McDonald, Tom Cairney, and Jean-Michael Seri were deployed in the midfield.

But this will be a long season for Fulham. To ensure they end the campaign unscathed, the Londoners will require depth.

Anguissa’s late arrival will certainly provide some much-needed squad depth to boost Slavisa Jokanovic’s side. It will also provide him with the flexibility to experiment with different formations against different teams in the league.

Read More: Why Fulham would be wise to make a move for this £4.5m Senegalese defender

It won’t be easy for Anguissa in his first season in England but his physicality will help him to a great extent. If he can learn fast and remain fit, he could soon become a lynchpin for Fulham, just like he was at Marseille.