Who is Jack Harrison? Have Leeds bagged a coup by landing the Man City starlet?

According to the reports, Leeds United have signed Manchester City starlet Jack Harrison on a season-long loan. Leeds have been busy in the transfer market over the summer, with two of the club’s three signings so far being loans – Chelsea duo Jamal Blackman and Lewis Baker.

The Whites have sealed another loan deal, with Jack Harrison arriving from Manchester City. Marcelo Bielsa’s good relationship with Pep Guardiola appears to be the key.

Now that Harrison has joined Leeds for a season-long loan, here we bring you the lowdown on the talented 21-year-old.

Born on November 20, 1996, in Stoke-on-Trent in England, Harrison grew up in Bolton and joined Manchester United‘s academy as a seven-year-old kid following a brief spell at Liverpool.

Harrison remained with United for another seven years before moving to the United States of America at the age of 14. He continued his development in the USA and was named the National Player of the Year in high school soccer. 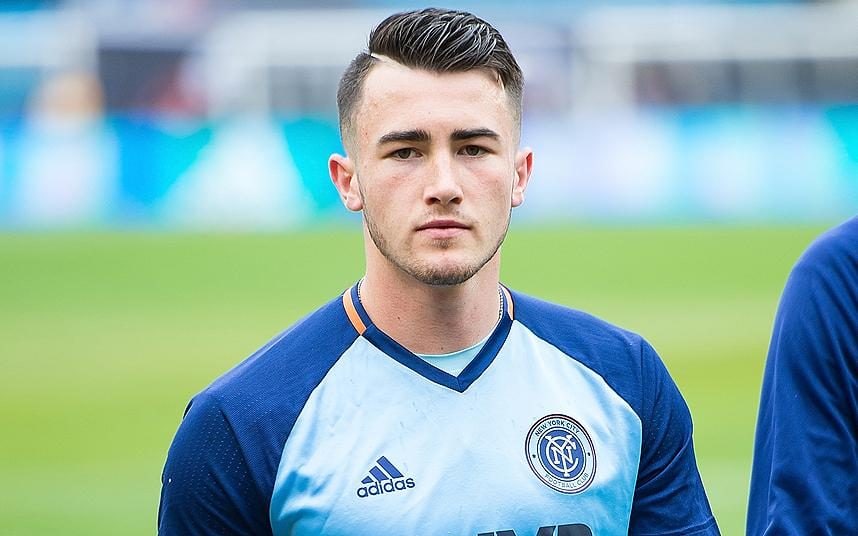 The 21-year-old attended Berkshire School in Sheffield, Massachusetts, and was named the Gatorade player of the year in 2015. In the same year, New York City FC (NYCFC) came calling and claimed Harrison as a homegrown player due to him playing with NYCFC youth affiliate Manhattan Soccer Club for three years, allowing him to sign before the original draft.

He was selected as the No.1 overall pick of the MLS Super Draft by Chicago Fire and was traded to NYCFC for No.4 overall pick and allocation of money.

Harrison featured regularly for NYCFC in the Major League Soccer (MLS) under the guidance of Patrick Vieira and was nominated for the MLS Rookie of the Year in his second season at the club. Another solid season in the MLS caught City’s attention and they signed him in January 2018 on a three-year deal.

The Englishman was immediately loaned out to Middlesbrough in the January transfer window but only made four appearances for the Championship club. The 21-year-old travelled with City’s pre-season squad to the United States and made three appearances. 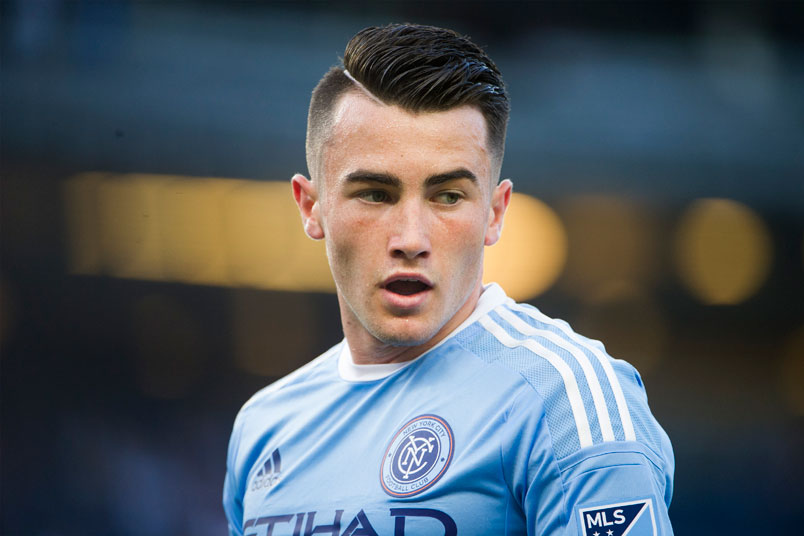 However, Harrison will be now moving to the Championship again, after a loan spell with Boro last season. At the international level, he has made two U-21 appearances for England.

Harrison played on the wings for NYCFC, usually on the right, but Patrick Vieira used him on the left because of his fantastic delivery using his left-foot. He is helped by his versatility and is capable of playing in any attacking position.

Harrison is a workhorse, bombarding up and down the flank, always giving his 100% on the pitch. He is quick, aggressive and is a fantastic dribbler. He is comfortable with the ball at his feet and can terrorise any defence with his blistering pace and directness.

The 21-year-old’s passing and crossing abilities are a treat to watch but the never-say-die attitude is what makes him such an exciting player.

While he has a lot of attributes to be excited about, Harrison does have few weaknesses in his game. He can at times be too eager to make things happen or hold onto the ball for a bit longer.

His decision-making on and off the ball needs to improve while he must bulk up a bit to cope with the demands of English football.

Given the fact that City’s senior squad is filled with a galaxy of stars, a loan move to Leeds appears to be the perfect one for Harrison. Working under an established manager like Bielsa will definitely help the young man to improve his game.

Read more: Leeds landing this 26-goal duo could be a true statement of intent this summer

With the talent that Harrison has at the age of 21, the sky seems to be the limit. The youngster has massive potential and must showcase his talent at Leeds. He has the opportunity to learn from a master tactician and return to City after a year.