According to reports, Liverpool, Manchester City and Manchester United are ready to battle it out for Fiorentina sensation Federico Chiesa. Italian clubs Napoli and Inter Milan are also reportedly interested in the 20-year-old attacker.

Chiesa scored 6 times and provided 9 assists in 38 appearances last season, as Fiorentina finished 8th in the 2017/18 campaign. The winger’s breathtaking displays have been enough to attract the attention of elite European clubs. However, Fiorentina have slapped a staggering £62m price tag on Chiesa, who is one of the most exciting youngsters in Italy at the moment.

The Italian rose through the youth ranks at Fiorentina and signed his first professional contract with the Serie A club in February 2016.

Chiesa made his competitive debut for Fiorentina in a 2–1 away defeat against Juventus, during the opening fixture of the 2016/17 season. He didn’t play well and was hooked off at half-time by Paulo Sousa. However, that didn’t faze Chiesa and the talented winger continued his hard work. As time progressed, his displays improved and the player signed a new contract which lasts until 2021.

On the international front, Chiesa has been capped at Italy’s U19, U20 and U21 levels. In 2018, he received his first senior call-up to the Italian national team under interim manager Di Biagio, for friendlies against Argentina and England. Later in March, the 20-year-old made his senior debut in the 2-0 defeat against Argentina in a friendly.

Chiesa is predominantly a winger. His preferred position is on the right-wing but he can play on the left-hand side as well. In addition to that, the youngster can also be deployed in the central midfield area.

The Italian is a great passer of the ball and punches an excellent shot. Chiesa is an intelligent footballer who loves to dribble and create chances in the final third. He seems to have a penchant for playing in a direct manner, often utilizing the space behind opposition defenders to great effect. 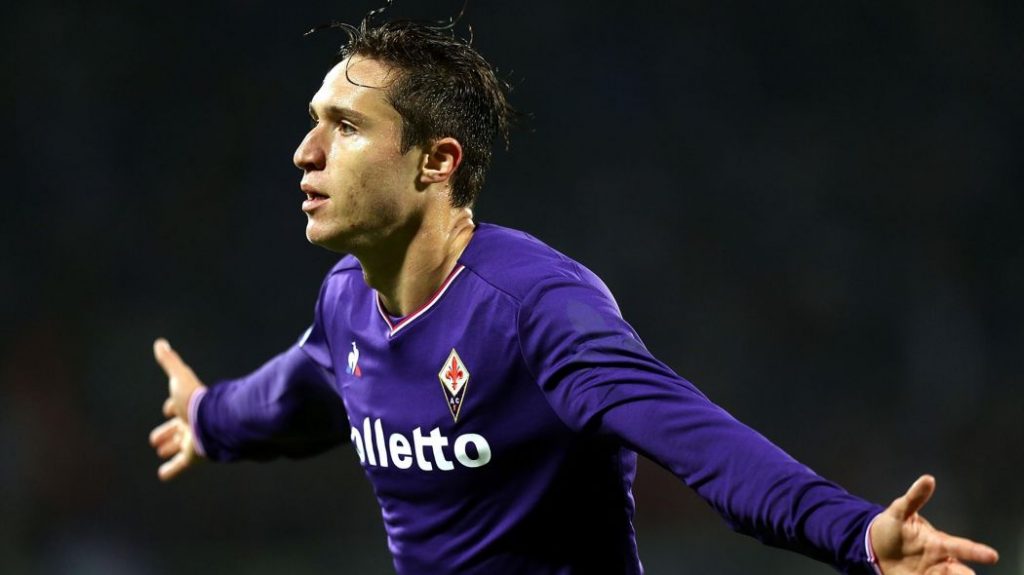 Chiesa is talented and loves making runs behind the defenders. At such a young age, his positioning awareness is commendable as well.

However, Chiesa lags when it comes to defensive contribution. He does not track back regularly and he lacks the physical attributes required for holding onto the ball.

Chiesa is currently one of the best Italian youngsters but he needs to develop further if he is to succeed in the Premier League. Hence, staying with Fiorentina for another season or two would be ideal for the 20-year-old.

And as far as the Premier League teams are concerned, they should avoid spending such a hefty amount on a raw talent for the time being.