Who is Cardiff City target Efe Ambrose? Worthy of a chase?

Efe Ambrose is a professional Nigerian footballer who was recently released from former club Hibernian of the Scottish Premier League. He was contracted to the Hibs until the end of the current campaign but instead, opted to activate a clause in his contract that allowed him to leave the club for free.

While his intentions to move on to greater challenges are obvious, his decision has triggered interest from other clubs across the country. According to Plymouth Live, Premier League side Cardiff City and League One outfit Plymouth Argyle are both keen on the Nigerian’s signature.

Ambrose was born in the Nigerian town of Kaduna and grew up playing football. When he was just 14, he was drafted into the youth system of local football club Kaduna United, where he spent 4 years. He was given his first professional contract by the club in 2006. He stayed in Nigeria until 2010 and then moved on to bigger things by joining Israeli Premier League side FC Ashdod.

Within his first 2 years in Israel, he was scouted by Scottish club Celtic, who then decided to bring him to Celtic Park. After making the switch, he made 169 appearances for Celtic which also included 13 UEFA Champions League fixtures. He even managed to score 6 goals during his 7 years at the club.

After joining Hibernian in 2017, he featured 86 times for them and scored 6 goals. This has made him a potential target for suitors looking for an experienced no-nonsense centre-half.

Ambrose is a proper old-fashioned centre-half whose first priority is defending the goal at any cost. While he might not be adept at playing the ball out from the back or delivering cross-field balls, his consistent top quality displays when deployed as one of the Hibs’ centre-halves has turned heads towards his side. 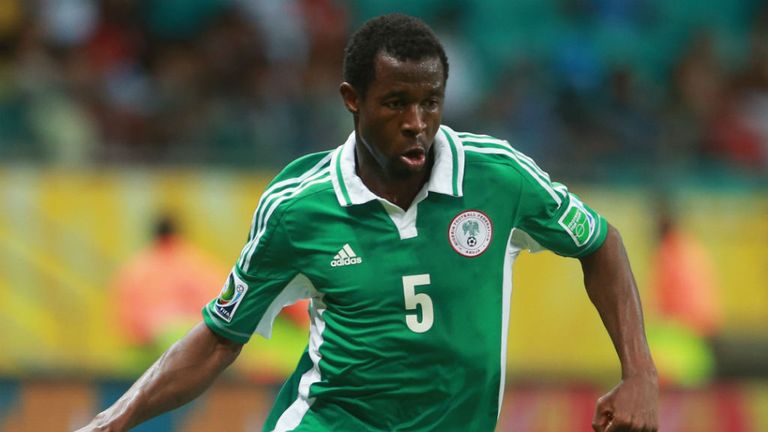 He is a solid figure at the back and is very good at reading the play and making strong challenges. His marking and positioning in the box are also rather effective.

While he is 30 years old now, his defensive contribution has never been better and he would make a wonderful addition to any team looking for an experienced player to serve the specific purpose – defence.

Read More: Here are 3 classy midfielders who Cardiff must sign to survive the PL including Southampton star

As PlymouthLive clarifies, Ambrose terminated his contract with the Hibs and has been linked to various top clubs. While the Premier League move to Cardiff would be his best choice, there are other options for him as well. Wherever he does end up, he will certainly be a positive addition to any squad that needs experienced defensive reinforcements.