Who is Eberechi Eze? All you need to know about this Tottenham target

Queens Park Rangers’ breakout performer Eberechi Eze has displayed remarkable form in recent times. He was an absolute powerhouse as QPR beat Millwall in the Championship and as a result, his stock has increased substantially.

Quite unsurprisingly, Evening Standard has reported that a slew of Premier League clubs – including Tottenham Hotspur – are monitoring the young star’s progress.

The 20-year-old clearly has a bright future ahead of him but is moving to Tottenham the right move? Let’s take a closer look at his profile.

Born in 1998 in Greenwich, England, Eze enjoyed a two-year spell with Millwall before moving to QPR in 2016. He played for Fulham as a youngster but it looks like he has truly shown sparks of his potential in the ongoing Championship season.

Earlier in August this year, Eze signed a three-year deal with QPR. Prior to that, he served a loan spell with League Two outfit Wycombe Wanderers, impressing greatly with his creative and well-timed displays up front.

And as far as the current term is concerned, Eze’s performances speak for themselves.

An out-and-out attacker defined by pace, raw power and athleticism, Eze played as a No.10 against Millwall. He completely ran riot in the playmaker’s role, creating opportunities and firing shots like nobody’s business. He is quite intelligent when it comes to sneaking into the opposition’s half and wreaking havoc.

With his speed and understanding of the game, Eze can successfully blaze past defenders to do a lot of good things up front. Of course, he has a long way to go and is far from the finished product. But if his display against Millwall is anything to go by, Eze is a star for the future. 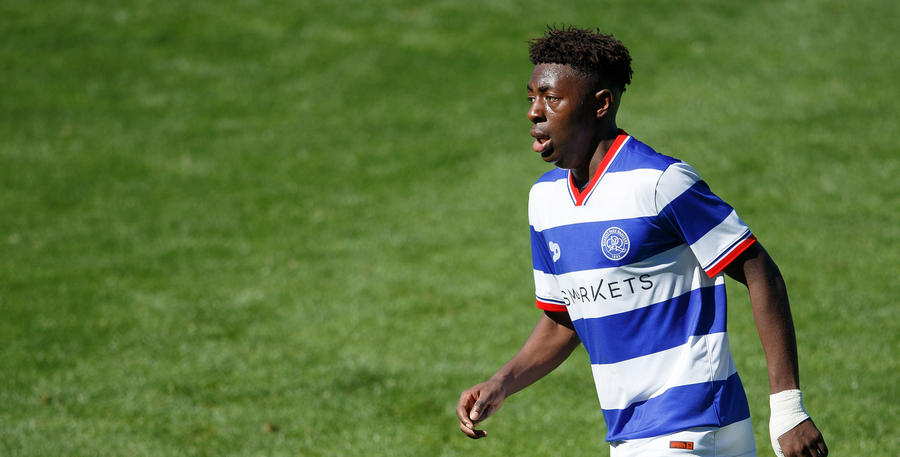 The prospect of moving to the Premier League should appeal to the youngster. And as far as Tottenham are concerned, they have an excellent reputation for honing and developing young talents. Mauricio Pochettino is one of the best when it comes to extracting the best out of players and joining the Londoners could help Eze take his game to the next level.

Read More: Why QPR have struck gold with the signing of this 6ft 3in beast defender

However, Evening Standard claims that the race to acquire his signature is heating up and it remains to be seen if Spurs can succeed after failing to sign a single player in the summer.