Who is Philippe Sandler? Has Pep Guardiola managed to identify a gem for Man City?

Pep Guardiola hasn’t quite made the most of this transfer window like he did last time out. The former Barcelona manager has remained a lot more conservative this time, with the only big signing coming in the form of Leicester City winger Riyad Mahrez.

Manchester City are yet to make their second high-profile purchase of the summer. There are barely few days left for the transfer window to close, and there’s no certainty as to whether Guardiola will bring in more players.

But the Spanish coach has signed Philippe Sandler from Dutch outfit PEC Zwolle. The champions have paid a reported £2.6million to lure the Dutch defender to the Etihad Stadium.

Sandler rose through the ranks of Ajax’s famous youth academy before making the move to PEC Zwolle in 2016. The player agreed on terms with Manchester City in January, but the Champions decided to bring in the player at the end of the season, granting him the chance to complete the season at the Eredivisie club. 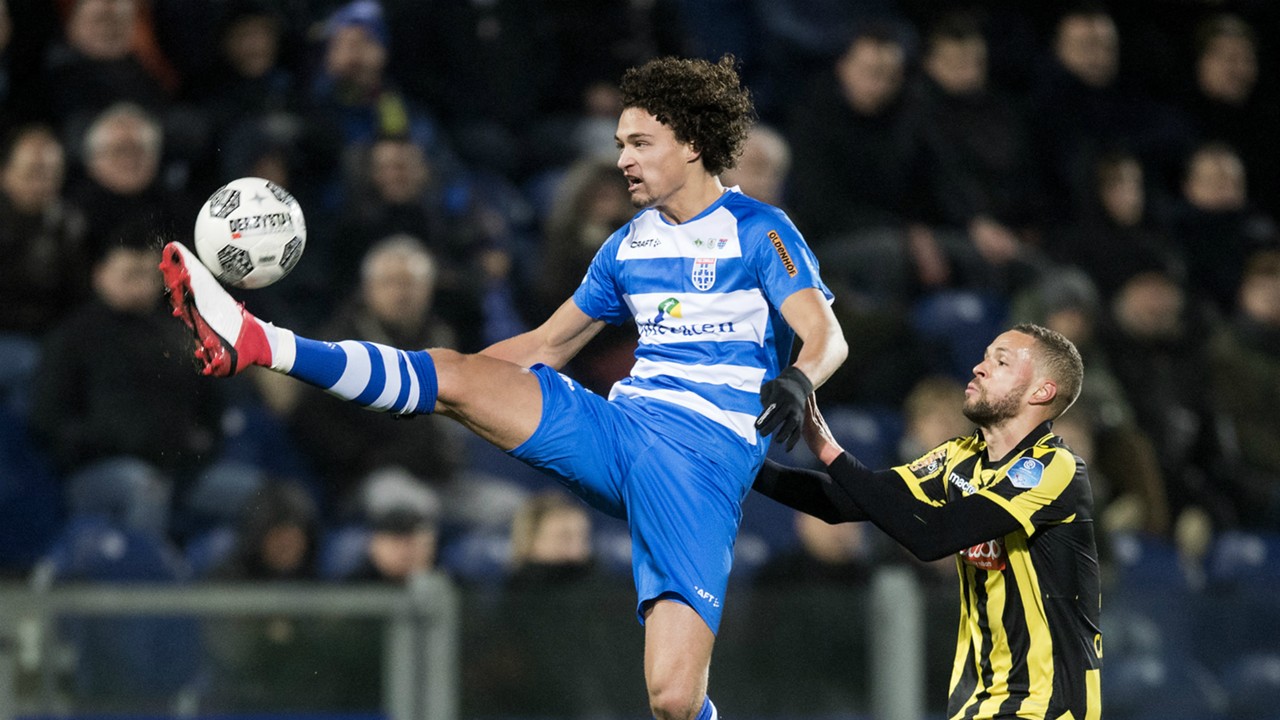 The 21-year-old Dutchman generally operates as a centre-back but he is also capable of playing as a holding midfielder. Sandler made the move to Zwolle on a free transfer and represented the club’s Under-21 side during the first season.

After scoring 1 goal in 12 appearances, the defender was promoted to the senior squad where he became a crucial part of the Zwolle team in the Eredivisie last season. He has since gone on to make a total of 30 appearances for the club, establishing himself as one of the first names on the manager’s team sheet. He has also represented Netherlands Under-20 national team.

Sandler’s ability to operate as a holding midfielder should provide Guardiola with some relief given that the club lost Yaya Toure this summer and failed in their pursuit of Jorginho, who snubbed the Cityzens to pair up with his former manager at Chelsea. His versatility makes the player a very enticing prospect.

In defence, he has been likened to Liverpool centre-back Virgil Van Dijk. The Dutchman can provide ample cover to Vincent Kompany and Nicolas Otamendi. The two defenders can equally help the youngster by mentoring him in the right way.

Read more: Watch out – These 3 Manchester City youngsters could take the Premier League by storm next season

He’s also suited to the Guardiola’s football philosophy of possession football. The manager is an avid fan of nurturing youngsters. There’s no clarity as to what role the Dutchman will play under the Spanish coach, but this is the right move for the youngster for sure.