Globalisation has reached sports and football isn’t the exception and given that new tendency to sign youngsters, hundreds of eyes gaze upon the world’s greatest prospects in order to acquire and develop the new Lionel Messi or Cristiano Ronaldo, and the bidding wars start sooner by the day, overpricing youngsters just so they can reach them before their rivals do.

Nowadays, there’s a young starlet that’s getting all the attention he can handle for the biggest clubs in the world, as Bayern Munich, Barcelona, Real Madrid, Leicester City and Liverpool (among dozens of others) are in the hunt of, and that player is Sweden’s new wonder boy Alexander Isak.

The 17-year-old has been linked with several clubs and some reports state that he’s been currently being followed by 90 (ninety!!!) different scouts. However, there’s been a lot of talk about some mutual interest between him and Liverpool, a club that’s trying to steal all the youngsters in the market right now. So, let’s go ahead and take a look at Alexander Isak and his strengths and flaws.

The young striker from AIK Solna will be looking to be the next big shot this great club has developed, as some other outstanding players like Fredrik Ljungberg and Henrik Larsson also started their successful careers at this institution.

Moreover, Isak has often been compared with another Swedish standout, Zlatan Ibrahimovic, as the youngsters height, athleticism and finishing abilities remind most of the scouts to the Manchester United striker, and it’s that even remotely true, you know you got something special on your hands. 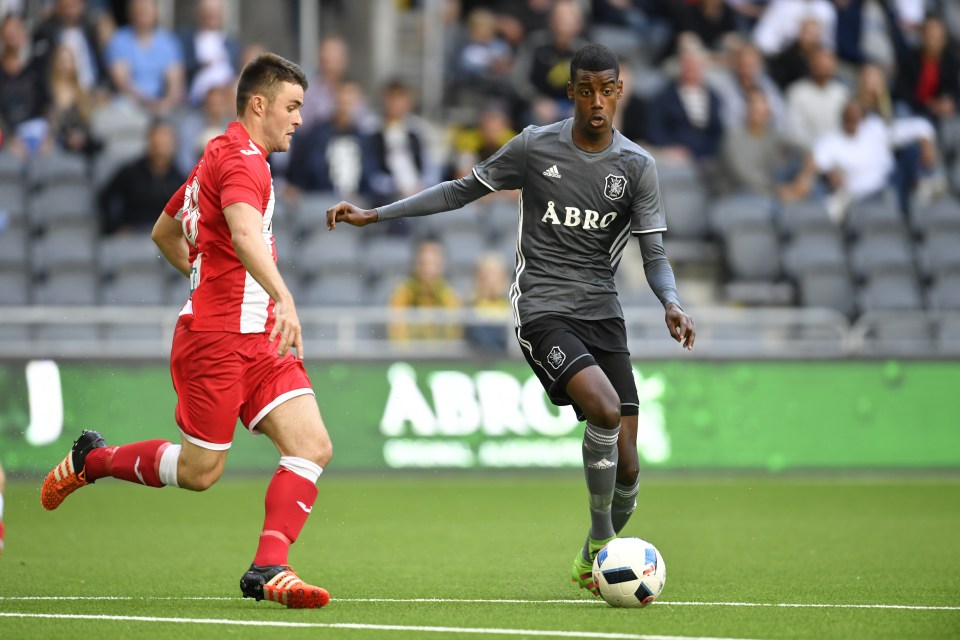 The Stockholm native joined AIK’s academy at the tender age of six years old and since then his development has been constant and notorious, and he’s currently the youngest goal scorer in the team history, netting a goal in AIK’S 6 – 0 thrashing of Orebro SK.

Alexander has scored 9 goals in 17 appearances (5 starts) this season to go along with one assist while shooting 2.1 times per game, so you know this guy is quite effective when he takes the chance to try and beat the opposing goalkeeper. On top of that, he’s also been called for the Sweden u-17 and u-21 teams.

One of the most impressive features of this youngster is his physique, as he has the capacity, height and strength to go against the big fellows in the opposite box without being intimidated or thrown down as most young lads do and if you combine that with the amazing tactical skills and how well he handles the ball with both feet, you’ve got yourself an amazing overall offensive player.

This guy could actually provide a great boost for any team he decides to go, and he’ll be an amazing fit for a Jurgen Klopp side that’s very likely to lose Daniel Sturridge in the near future and even if they’ve got some nice choices in Roberto Firmino and Divock Origi, Isak’s talent would most likely make him the frontrunner to be a consistent starter for the reds even at his age.