Who is Man City target Tiago Dantas? A big teenage talent on the rise?

According to the Sun, Manchester City are in pole position to land Benfica starlet Tiago Dantas, who has been in sensational form this season for the club’s youth sides.

Dantas is currently in the last year of his current contract which is set to expire next summer and reports claim that Manchester City’s officials have held talks with the player’s agent over a possible January deal.

The 17-year-old has earned rave reviews for his performances at the U17 and U19 levels and has attracted the attention of several top clubs across Europe.

As Manchester City get ready to snap up Benfica’s highly-rated academy product, let us take a look at one of the most promising young midfielders in Portuguese football – Benfica’s Tiago Dantas.

Born in Lisbon, Portugal, Dantas joined Benfica’s youth system back in 2008 and caught the eye with his impressive displays at youth level. He won the best player award at the 2017 U17 FIFA Club World Cup and was promoted to the club’s ‘B’ team this season where he made his debut in August.

The 17-year-old Tiago Dantas is not a finished product in terms of physical growth. He is currently 5ft 7in in height but expect him to gain a few more inches in the years to come.

Essentially a central midfielder by trade, Dantas is known for his versatility to play in multiple positions in the midfield, being comfortable in defensive, central and attacking roles. 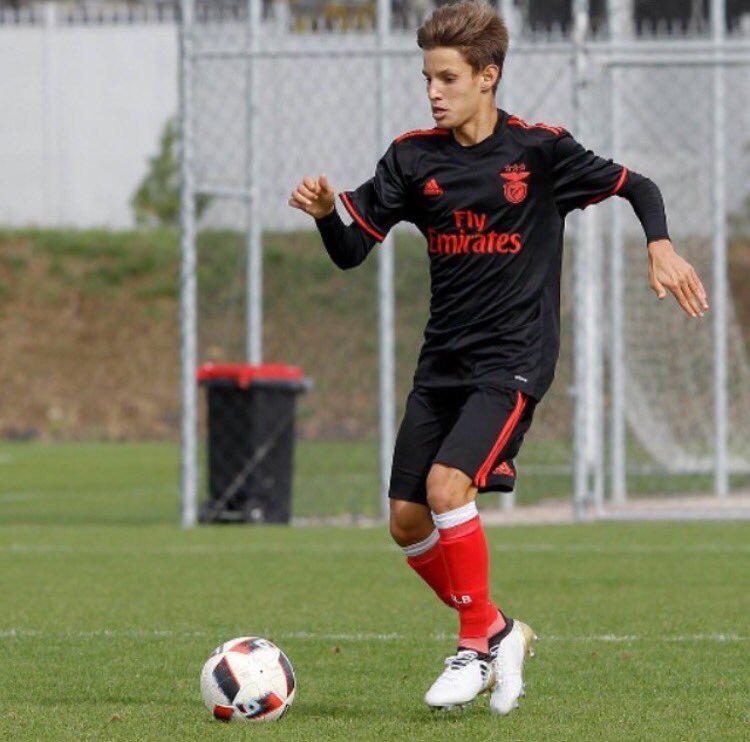 His style of play is outlined by his tenacity and high work rate, which allow him to cover a lot of distance in the midfield. A dynamic and energetic combative midfielder, Dantas has a very good range of passing, which allows him to spread out the play.

The 17-year-old has the ability to dictate the tempo of the game from a deep position in the midfield with crisp short passes, and is adept at switching the play with accurate cross-field passes and diagonals.

His tireless running in the midfield makes him a midfield dynamo, allowing him to cut out the opposition attacks with crucial interceptions. To add to that, he is a player with a remarkable vision and can turn defence into attack in the blink of an eye with defence-splitting passes from central midfield, making him a potent weapon against sides that play a high defensive line. A right-footed player, Dantas is a good distance-shooter and never hesitates to put his foot through the ball whenever the opportunity presents itself. Furthermore, he has shown maturity and composure that belie his tender years, rarely giving the ball way in dangerous areas.

With Manchester City getting ready to make a move for him in January, Tiago Dantas can make a name for himself at the senior level very quickly if he continues his development in the right direction.

Read More: Who is this £30m Lyon star on Chelsea’s radar? The perfect No.8 for Sarri-ball?

Pep Guardiola handed debuts to Brahim Diaz and Phil Foden last season and Dantas might also get his chance if he does well at the U19 level for Manchester City after joining them.

Undoubtedly, he is a player with a massive potential and has all the attributes to make the headlines in the future.