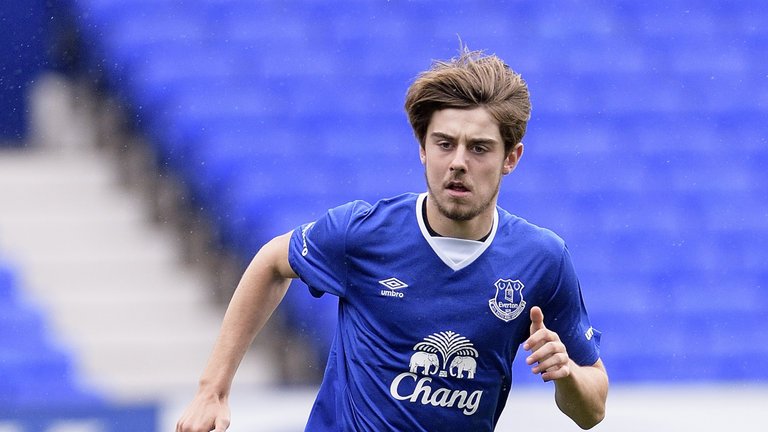 Everton academy graduate Antony Evans, who is yet to play a first-team match for the Merseyside outfit, is reportedly wanted by several Championship sides this January. The attacking midfielder-cum-forward has been earning rave reviews for the last couple of seasons at reserve level and may now be ready to make it into the first-team.

The likes of Cardiff City, Bristol City, Preston North End and others could all do with a player of his particular type between now and the end of the campaign.

If a move is on the cards this window, then Evans’ timing is perfect, as he was watched by the scouts of numerous clubs when he scored both goals for Everton in a 2-1 win over Tottenham at under-23 level recently. Here’s what we know about him so far:

Born in Kirkby, 19-year-old midfielder Evans has been at Everton for all of his football career so far. He joined the Toffees academy at the age of 9, having previously trained with local rivals Liverpool’s juniors nearby. Back in October 2015, Evans signed his first professional contract at Goodison Park before gaining further experience with Morecambe Town. 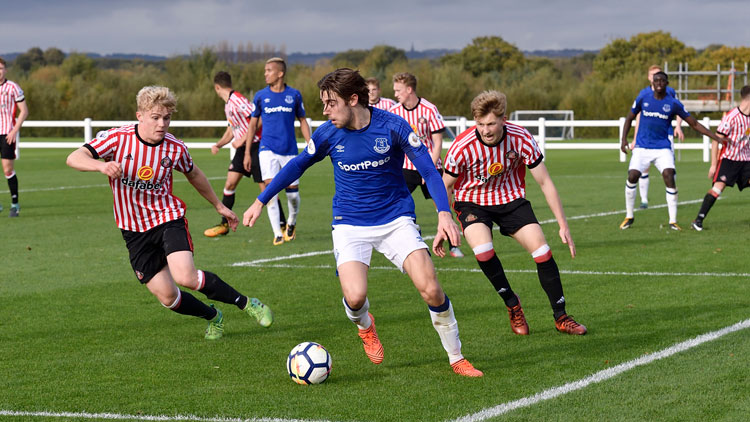 Evans operates through the middle of the park but loves to take his man on and keep the game moving for his side. Also, he is very adept at making runs into the box, a skill which has given him success in front of goal as well as in the midfield. Evans has netted 4 goals in just 11 under-23 games this season, while also managing a couple of goals and assists in 14 League Two games for Morecambe while on loan there last season.

Given Everton’s success in fielding their homegrown players, Evans will hope that his long-term future lies in the Toffees first-team.

However, a lot depends on how Everton do over the next year or two. Should they be successful under Sam Allardyce, Evans may not be risked and could be sent out on loan to either the Championship or to a Premier League team. Additionally, recent big name signings including Wayne Rooney and latest addition Theo Walcott do not help Evans’ cause to break into the first-team.

If they struggle (especially when Sam Allardyce is in charge), then Everton are likely to go with experience in the first-team pool so once more, he could be left wanting for game time. If Everton’s history is anything to go by though, they will offer first-team opportunities to their homegrown players, including the likes of Evans, fairly soon.