Leicester City have reportedly completed a £4.4m January move for Gazelec Ajaccio striker Fousseni Diabate. The 22-year-old Malian youngster has hailed this as his ‘dream move’ and looks increasingly excited to begin life anew at the King Power Stadium. The Ligue 2 striker has now become Claude Puel’s first signing for the Foxes in the winter window and it will be interesting to see which players the new manager signs next.

Diabate is initially expected to join the club’s U23 team to get used to the demanding nature of the Premier League and if his performances are strong enough, Puel will provide him chances to play for the first-team. With that in mind, let’s take a closer look at his profile.

Born in 1995 in Mali, Diabate was a part of the youth academy at Stade Rennais. He spent seven years there and eventually joined Stade de Reims. In 2013, he was promoted to the reserves team and after spending two years playing for the reserves, Diabate moved to join En Avant de Guingamp.

Even there he could play only for the reserve team and this was pushing the player to do better since he was in desperate need of first-team action. He then joined Gazelec Ajaccio in June last year and made his professional debut for the club as well. He went on to score 3 goals this season. As far as his international career goes, Diabate has appeared a few times for the Mali U20 and U23 teams. 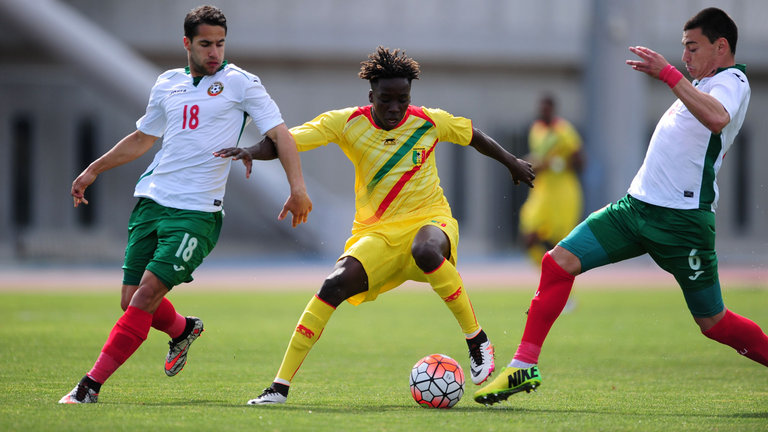 Although he is primarily a centre-forward, Diabate has displayed supreme skills while playing on the wings as well. He is an out-and-out attacker and can add some much-needed depth to Puel’s attacking options. He is quite speedy and agile and seems to have a knack for creating opportunities in the final third. There are some areas of his game that need to be refined though. His finishing skills are poor but that is something he can work on as time goes by at Leicester.

Fousseni has secured a move to Leicester and this has come at a good time since the club looks quite promising under Puel’s watchful eyes. He has a long way to go before being ready to act as a regular for the first-team but if he works on improving himself, there is no limit as to what he can achieve. He boasts of tremendous potential but needs the right set-up to extract the best out of himself and he can do that quite well at Leicester.