Chelsea defender Jake Clarke-Salter has completed a loan move to Sunderland this week in what is seen as the next step in his development.

The big centre-half made a single appearance for Chelsea in the League Cup but knows that opportunities in the Blues first team will be few and far between in the short to medium term, with the under-20 World Cup winner instead seeking to carry on his improvement elsewhere.

Clarke-Salter has won multiple FA Youth Cup and UEFA Youth League medals with his first club and was seen by John Terry as the former captain’s long-term replacement at Stamford Bridge.

Born in London, Clarke-Salter has been at Chelsea since 2006 with a year at Sutton United in between, although it took until 2016 for him to make his first-team debut. The same year, the defender joined Bristol Rovers on loan and managed 12 league games and 1 goal for the club before returning to play for Chelsea’s under-23’s in the Premier Reserve League.

Between 2014 and last year, Clarke-Salter appeared 21 times for England at levels between under-18 and under-20 with the hope that he’ll one day reach the senior side. 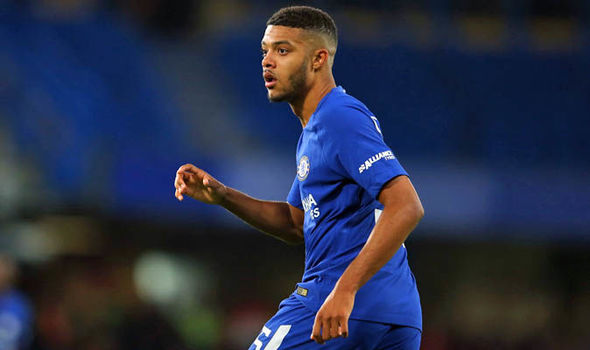 A tall, uncompromising centre-back, Clarke-Salter’s assets are getting the ball away from the box with the minimum of fuss and ensuring he is a solid last line of defence. Currently, he isn’t worrying too many under-23 teams with his presence in the opposition box from set-pieces but will be looking to add that to his game at Sunderland.

Despite John Terry’s glowing recommendations, it’s never certain that these wonderkids will go on to make it in the Premier League as there simply isn’t room for everyone. In Clarke-Salter’s case though, he has genuine talent and is sure to make it at Championship level at the least and so seeing him play at that level with a team doing a lot of defending should be fascinating.

Should he cope well with Chris Coleman’s outfit, a top end Championship or Premier League assignment may be his next step with a view to getting him into Chelsea’s first-team in the longer term, something which doesn’t seem to happen at all despite Chelsea sending record numbers of “their” players out on loan to other clubs. Clarke-Salter is now a part of the England under-21 set-up, which is another important step in his career.