According to a report by Marca, Crystal Palace are looking at the possibility of bringing in former Atletico Madrid forward Rafael Santos Borre in the summer.

The Colombian currently plays for River Plate in Argentina and has a clause in his contract which makes him available for €30 million in the summer.

Palace have a massive problem up front with Christian Benteke yet to find the net this season and Jordan Ayew scoring just once in the Premier League.

Roy Hodgson temporarily addressed the issue by bringing in Michy Batshuayi on loan from Chelsea but the Belgian is expected to go back to Stamford Bridge after their transfer ban.

Palace will have to invest in a reliable forward in the summer to compliment Wilfried Zaha and Rafael Santos Borre would be a gamble that could work out.

Having come through the ranks with Deportivo Cali, Borre made a huge move to La Liga giants Atletico Madrid in 2015.

He was loaned back to Cali that campaign and then to Villareal in the following campaign. Borre failed to make a single appearance for Diego Simeone’s side and moved to River Plate in the summer of 2017.

The 23-year-old has revived his career on his return to South America and has been directly involved in 22 goals since his move to the Argentine giants.

At 23 years of age, it is the right time for Borre to return to a big European League and Crystal Palace would be an ideal start for the Colombian.

The first thing you would notice about Borre is his electrifying pace. The youngster is rarely ever caught when he is set free on goal and is fairly clinical in front of the goal. Borre’s link-up play on the edge of the box is highly commendable and would be an ideal companion to Wilfried Zaha. 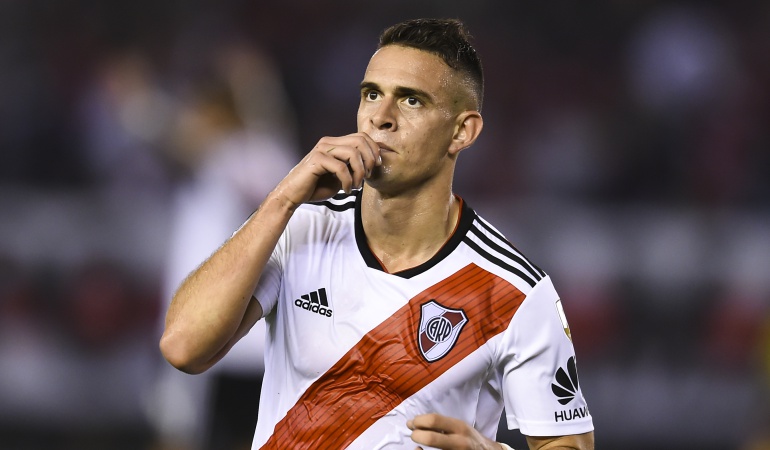 Borre has all the early traits of becoming a top player but there is a lot of room for improvement in his game. His composure at times lets him down and is a confidence player who at times lacks consistency.

Borre is also a lightweight on the ball and could struggle to initially adjust to the Premier League. However, once he settles in, he could be a massive asset to Roy Hodgson’s side.

Rafael Santos Borre possesses immense potential but at the moment is still raw. Crystal Palace signing him would be a massive gamble and would need a lot of time and faith on him to succeed in the Premier League.