Manchester United have completed the signing of Diogo Dalot on a five-year deal from FC Porto. The Red Devils roped in the 19-year-old, who reportedly had a €20m (£17.4m) release clause in his contract.

Let us have a look as to who Dalot is and how he succeeded in catching Manchester United boss Jose Mourinho’s attention.

Dalot grew up supporting Porto and joined their academy as an 8-year-old. He made steady progress and became a top talent at the club’s academy before being considered as one of Portuguese football’s hottest prospects.

The full-back became a regular member of the Portugal Under-17s as well and played a key role in their victory in the European Championship in 2016. He was a part of the tight backline which conceded just a single goal in the entire tournament.

After winning the Under-17 European championship, the 19-year-old became an integral part of the Under-21 national team as early as 2017. Given his meteoric rise, Dalot featured for Porto B and started regularly for the reserve side in LigaPro. 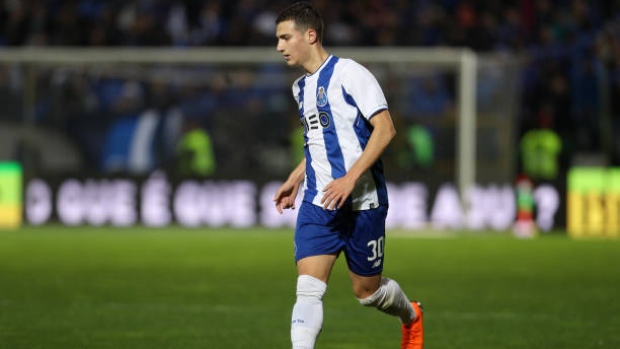 He put in several impressive displays for Porto B before first-team boss Sergio Conceicao handed him his senior debut in a cup game last October.

The youngster then went on to make his Primeira Liga debut in February as he came off the bench in a 5-0 win over Rio Ave. After another substitute appearance against Estoril, Dalot started four consecutive games for Porto, providing two assists in the 5-1 thrashing of Portimonense.

He enjoyed a steady rise under Conceicao last season, featuring in 8 games across competitions as Porto won their first domestic title since 2012. Dalot also featured in the prestigious Champions League for the first time in a goalless draw against Liverpool at Anfield.

Speaking about his style of play, Dalot is an attacking full-back who loves to maraud forward and complement attacks with lung-busting runs down the right channel. However, he played all of his games this past season as a left-back as he is equally adept at playing on the left.

Such versatility makes Dalot an exciting prospect. He featured in the midfield as well as in the attack during his younger days for Porto B. Fast, technically sound and defensively astute, Dalot is very comfortable with the ball at his feet and has the composure of a seasoned campaigner. The young Portuguese has everything in his locker to succeed at the highest level.

At Manchester United, both Antonio Valencia and Ashley Young will turn 33 by the start of next season, while the futures of Matteo Darmian, Luke Shaw and Daley Blind remain uncertain. So, it makes sense for Mourinho to start thinking about the future as United signed Dalot.

Set to be an understudy to start with, Dalot has shown enough promise and should get plenty of opportunities in cup competitions next season. The 19-year-old can expect more time at right-back, with Valencia beginning to show signs of slowing down.