The 21-year-old signed a new two-year deal with United last week, following his impressive loan spell at League One outfit Shrewsbury Town in the 2017/18 campaign. However, the Red Devils decided to loan him out yet again, this time to Sheffield United, so that the can regularly experience first-team action.

Now that Chris Wilder’s team have signed Henderson on loan, here’s the profile of the 21-year-old goalkeeper.

He became a regular goalkeeper for United Under-18s in the 2013/14 season. The goalkeeper continued to progress well through the youth ranks and signed his first professional contract with the club in 2015. 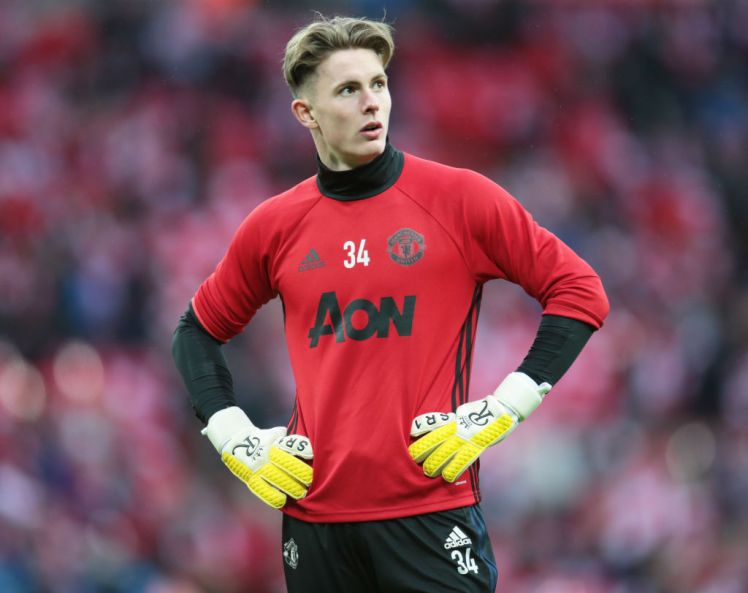 In January 2016, Henderson was loaned National League North side Stockport County. He did well there, keeping three clean sheets in nine games before returning to United the following summer.

But Henderson’s biggest exposure to senior football came this past season at Shrewsbury Town. He established himself as one of the best goalkeepers in League One, playing 48 times for the club.

At international level, Henderson has represented England at Under-16, Under-17, Under-20 and under-21 levels.

Henderson possesses good reflexes and shot-stopping abilities. At 6ft 3in, he is an intimidating presence between the sticks and never shies away from coming off the line.

The lanky goalkeeper is strong, commanding and committed to his work. He also possesses good distribution skills and is comfortable with the ball at his feet. Henderson is sharp, reads the game well and focused.

Henderson has a bright future ahead of him but he needs to feature regularly at the senior level to unlock his true potential. Due to the presence of David De Gea, Sergio Romero and Joel Castro Pereira at United, Henderson will seldom get a chance to showcase his talent at Old Trafford.

As a result, joining Sheffield United on loan is the right move for Henderson. After a strong season with Shrewsbury, Henderson now needs to keep his momentum going.

Hence, a move to play in the Championship is ideal for the talented Englishman, who certainly has all the tools to become a future Manchester United shot-stopper.