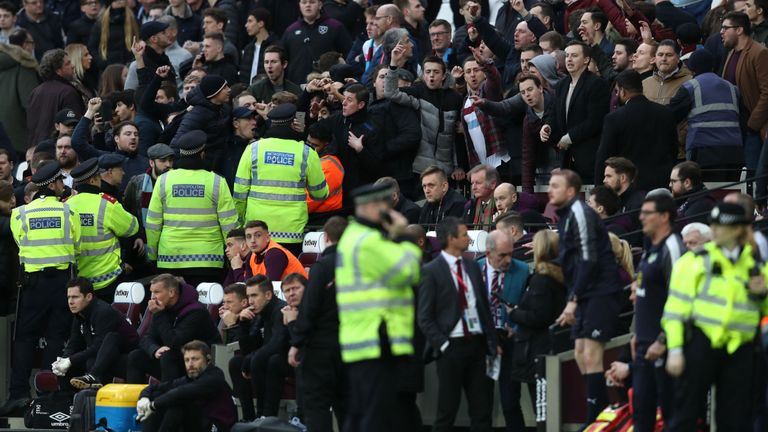 West Ham United protests: All you need to know about the unrest in the loss to Burnley

West Ham United have endured a terrible season this term and the frustration among the fans has led to widespread protests and displays of anger. One really cannot blame them since the Hammers are actually living dangerously close to the relegation zone. While it is right for the fans to voice their opinions and express their displeasure, the protests took an ugly turn on Saturday when several disgruntled fans invaded the pitch as the club lost 3-0 to Burnley.

The club were already quite poor in the initial stages of the season and that led to the sacking of Slaven Bilic. However, they appointed David Moyes as the new manager and although we saw some improvement for a while, injuries to key players have once again brought them down. Now, gracing the 16th spot in the league standings, the Hammers are on par with Crystal Palace, who are sitting in the 18th spot with 30 points.

Hence, it comes as no surprise that the fans are so livid with rage. With that in mind, here are five things to know about these protests.

1. Mark Noble’s tryst with a fan

The pitch invasion during the game against Burnley was rather unnecessary and ugly, which prompted West Ham’s usually composed midfielder, Mark Noble, to push a fan to the ground to keep him from attacking him. Other players quickly intervened and so did security but it was a rather shocking incident. 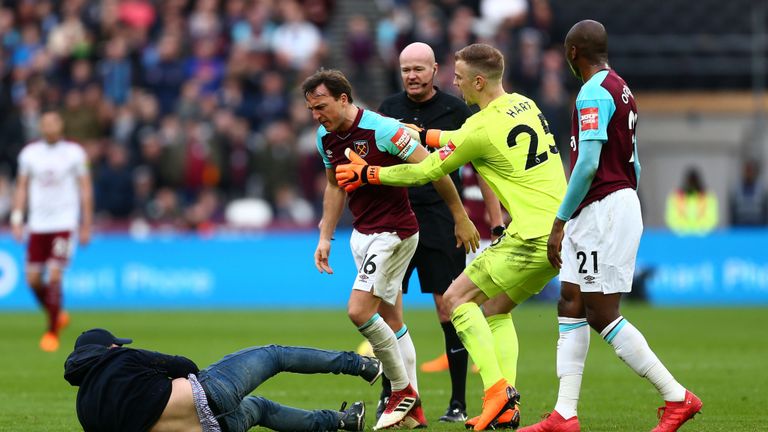 Now, nobody is denying that the owners need to make some serious changes in the team but things took a turn for the worse as around 30 coins were hurled towards the directors’ box and a few of them hit the 81-year-old as well. It is understood that Sullivan left the arena red-faced and teary-eyed.

3. Good show from the Burnley substitutes

As chaos descended upon the stadium, it turned into a hostile environment for innocent bystanders. A group of angry supporters heckled and made gestures towards the owners in the director’s box and once the owners left, all hell broke loose. But in such a situation, the substitutes occupying Burnley’s bench got up and allowed children to sit there, so as to prevent them from getting hurt.

4. Not the first time

Incidentally, this is not the first time that such a violent show went down at the East London Stadium. The club had to ban around 100 supporters last season after a lot of violence during a game against Chelsea for similar reasons.

5. Are fans turning against each other?

It is understood that there was a fallout of sorts among several supporter groups as well. They were supposed to engage in a protest march but it got cancelled at the very last minute and due to that decision, a few chairpersons even received threats and abuses for doing so. The main reason behind that is believed to be concerns regarding the safety of the people but it seems like it did not bode well for a lot of fans.