According to a report in Wales Online, West Ham United are considering a swoop for Cardiff City goalkeeper Neil Etheridge during this summer transfer window.

The Hammers are aiming to provide sterner competition to Lukasz Fabianski, and have been impressed by the Cardiff stopper, who was their player of the year. (h/t Wales Online)

Fabianski’s current backup – Adrian, is set to leave the London Stadium on a free transfer (h/t Wales Online). Hence, Manuel Pellegrini’s men anyway have to bring in a new keeper ahead of next season. 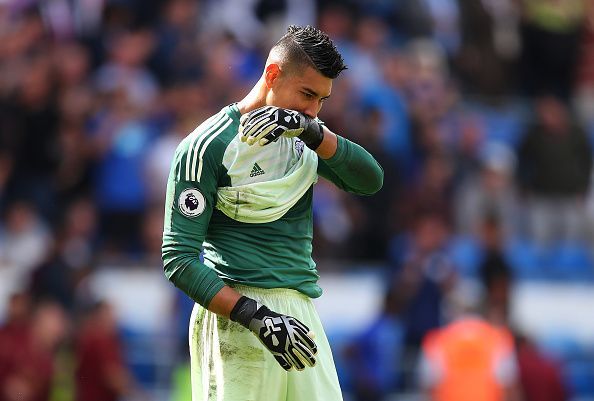 Here’s why West Ham shouldn’t make this move in the current transfer window:

Two very good keepers in one team may cause confusion

Lukasz Fabianski was more than brilliant for the Hammers in the recently-concluded season. He was probably one of the reasons why they became a bit solid at the back after a disastrous start in August.

The former Arsenal only managed to keep seven clean sheets, but that was not up to him because the backline remained susceptible throughout. He made a total of 148 saves from shots on target, averaging up to four per game, which is pretty impressive. (Premier League)

Thus, we can say the 34-year-old has nailed his first-choice goalkeeping spot in the team for some time now.

Keeping that in mind, it is understandable that West Ham need a new goalie as Adrian is leaving, but signing someone of Etheridge’s quality would add confusion to Manuel Pellegrini’s thinking.

The 29-year-old Cardiff stopper was as good as Fabianski in the season. Therefore, if the Hammers sign him, then the manager would always be unsure of whether to stick with his previous number one or offer that spot to the new signing.

Hence, West Ham must look to sign a young goalkeeper, maybe someone from the youth academy, who can come in, learn with Fabianski and then take that number one spot in the future.