According to an earlier report from the Express during the January transfer window, West Ham had lined up a £35million bid for Atalanta’s Duvan Zapata but the Hammers were unsuccessful in their pursuit of the Colombian striker, with the Serie A club refusing to part ways with their talisman.

The report also claims that Marko Arnautovic was the subject of a big-money offer from China, with manager Manuel Pellegrini shortlisting Zapata as a potential replacement for the Austrian.

Arnautovic’s transfer saga ended with the Austrian putting pen to paper on a new deal and West Ham’s interest in the Colombian star eventually faded. Zapata has been in scintillating form for Atalanta in the Serie A this season, accumulating 16 goals and 4 assists in 23 appearances for his club.

A youth product of Colombian club America de Cali, Zapata made his move to the Argentinian top-flight with Estudiantes back in 2011. Following a couple of successful seasons at Estudiantes, the 27-year-old was snapped up by Napoli in 2013.

However, he failed to establish himself as a first-team regular at Napoli due to the presence of some international stalwarts, spending time on loan at Udinese and Sampdoria, joining the latter permanently in 2018.

Zapata was loaned out to Atalanta ahead of the upcoming season and his red-hot form has caught the eyes of some big clubs across Europe. The Colombian has netted 21 goals in 31 appearances across all competitions this season.

Standing at 6ft 2in, Zapata is a physically dominant centre-forward whose key attributes are his superior aerial ability and eye for goal.

He is quite fast, agile and fleet-footed for a striker of his stature and he has the instincts of an old-school centre-forward which allows him to get into scoring positions inside the box.

Zapata often picks up the ball inside his own half and uses his upper body strength and skills to embark on marauding runs to wreak havoc through the opposition’s defence.

His ability to create something out of nothing with his drive and determination makes him a potent threat in the final third. Furthermore, the Colombian is quite clinical with his finishing and he is adept at putting away the chances with both, his feet and head.

West Ham should make another bid for him in the summer, having failed with a bid in the January transfer window. Manuel Pellegrini needs to bolster his attack ahead of the upcoming season to prevent any potential burnout of options due to injuries, something that has been one of the major reasons behind the club’s undoing this term. 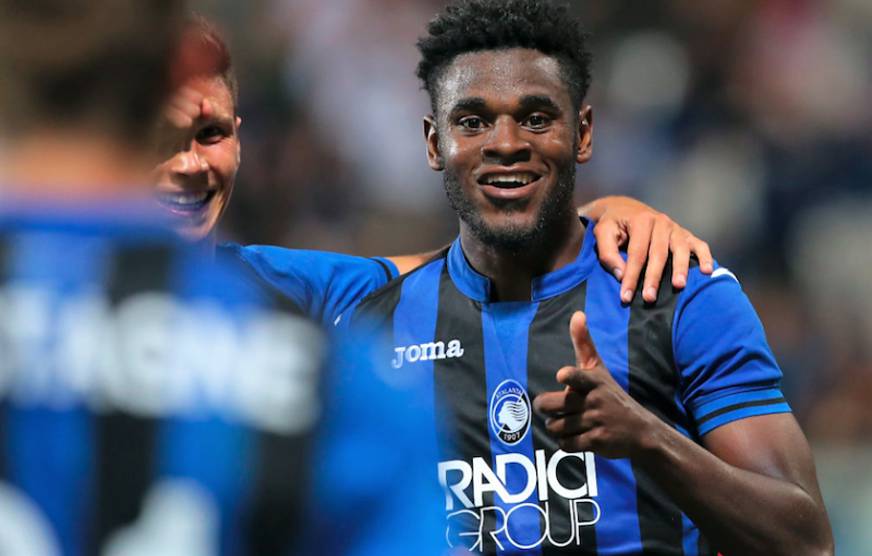 Even though Arnautovic has committed his future at east London, the Hammers need a replacement for the misfiring duo of Javier Hernández and Andy Carroll.

Both strikers have struggled for form and fitness this season and West Ham should not make the mistake of putting their trust in the duo that has looked completely out of sorts in recent times.

West Ham have all the makings of a Europa League side and they should aim to tie all the loose ends in the summer transfer window to ensure that they do not run out of options midway through the campaign. That said, they should go all out to sign Duvan Zapata in the summer.