West Ham Opinion: Why Matija Nastasic will be a perfect fit for West Ham

After four back-to-back defeats at the start of this Premier League season, West Ham have recovered very well and are now in the mix for a top-ten finish.

Manuel Pellegrini has built a good side after splashing a lot of money last summer. The likes of Felipe Anderson, Lukasz Fabianski, Declan Rice and Issa Diop have impressed a lot for the Hammers, bringing stability to the side that once struggled to get points on the board.

While Anderson and Rice have grabbed the headlines, Diop has solidified the shaky backline that was leaking goals at an alarming rate in the early stages of the campaign. Diop joined the Hammers from Toulouse in the summer and has already proven to be a huge hit at the London Stadium.

The Frenchman has been one of West Ham’s most consistent performers all season, and his stock has risen massively over the past six months.

Slowly but steadily, Diop and Fabian Balbuena built a strong partnership at the back, however, Balbuena’s absence since damaging his meniscus in the home loss to Watford before Christmas has hurt Pellegrini’s side.

Angelo Ogbonna hasn’t been entirely convincing at the back since replacing Balbuena, leading to embarrassing defeats against Burnley, Bournemouth, Wolves and Wimbledon.

To put things into perspective, West Ham need depth in the defensive options and Pellegrini should bring in Schalke defender Matija Nastasic.

Matija Nastasic, 25, signed for Manchester City back in 2012 after impressing in his only season at Fiorentina. He adapted very well and impressed in his debut season at City but injuries took a toll on him and by 2015, the Serbian had left the club for Schalke.

The 25-year-old has found his feet with Schalke in Germany, adding much more dynamism and composure to his game. Nastasic has developed into a reliable ball-playing centre-half and would be a stark improvement on West Ham’s current options at the back. 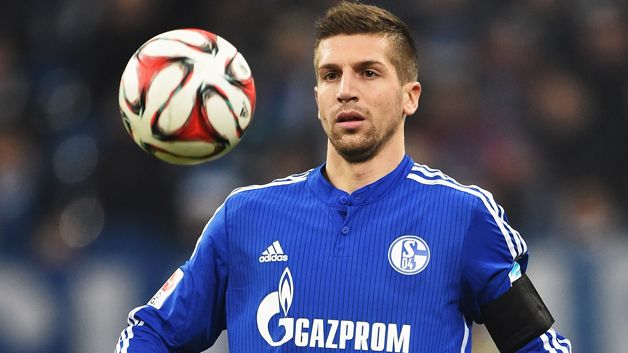 In fact, it was Pellegrini at the helm of Manchester City who sold Nastasic to Schalke but in the last few years in the Bundesliga, the Serbian has grown into an excellent centre-half.

Nastasic is currently one of the best defenders in the Bundesliga. At 25, the Serbia international certainly has his best years ahead of him and he could be the ideal player to partner Diop at the heart of West Ham defence next season.

Hence, West Ham should not think twice to sign Nastasic in the summer.