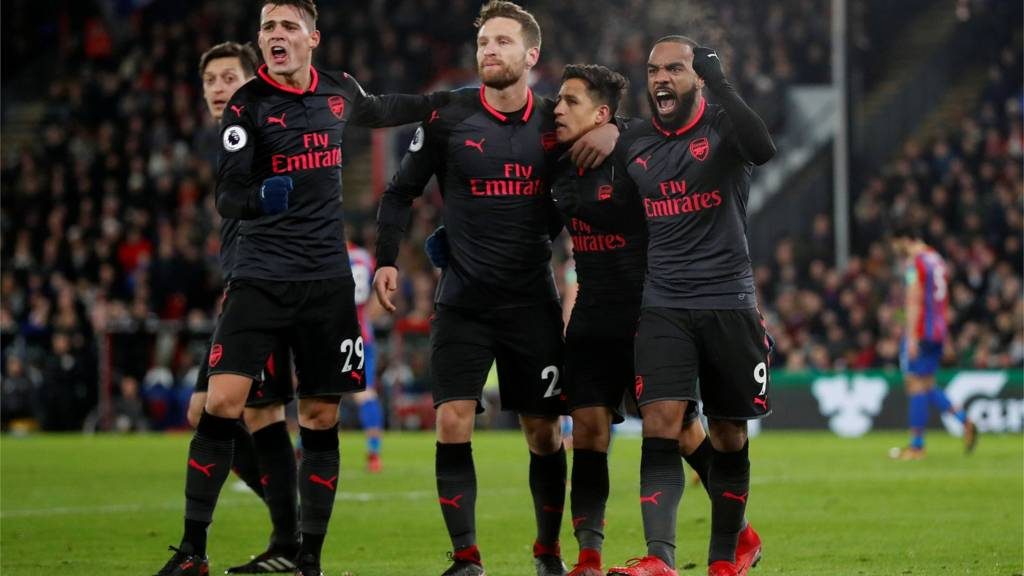 Arsenal travel to Stamford Bridge on the evening of the 10th this month in order to resurrect their poor start to this calendar year, which just got worse after their defeat to Nottingham Forest in the 3rd round of FA Cup. To dust off their tragic moments in the last week or so, Wenger’s side will need at least a draw so that they can turn it around at home in the second leg. They have not had the best of records at Stamford Bridge in recent years but desperately need to get a result here as their campaign deserves a lift.

Nacho Monreal and Aaron Ramsey are out for long-term. Sead Kolasinac is sidelined too, along with Olivier Giroud. Laurent Koscielny is a doubt but should start due to the importance of the game.

Wenger should recall his first-team that would include all the big boys including Lacazette, Xhaka and Özil. This side can be defensively tighter and frustrate the Blues if they hold a deeper line and their defensive positions right. They will depend on the creativity of Wilshere in the middle and that of Özil’s from an advanced zone.

Petr Cech is a sure starter who will feature in goal. He will play against his old club and look forward to a match-winning clean sheet.

He could be pushed for a start because of his sharp tackling, tracking the opposing forwards and being the most reliable defender for the Gunners.

Mustafi should return to the lineup and hope to put up a formidable, solid performance at the back. He would add more neatness at the back.

Chambers is expected to play better alongside two able defenders, as he has the resilience and quality in him to sustain any given attack.

Niles needs to up his game and work harder to run back, keep his position tight and offer better delivery in the absence of Kolasinac. It is important because, in a 3-man defence, the fullbacks get a lot of freedom to express themselves and Arsenal need to attack from the wider areas.

Xhaka should feature in the lineup again and will have to defend better in the deeper positions and maintain discipline. Xhaka is also influential with the set-pieces.

Wilshere can move the ball better than anyone else in this side and adds a huge passing advantage in the middle. He should play alongside Xhaka.

Bellerin’s attacking threat and running ability could be seen on the right-hand side. Having scored a thunderous volley last time out, his confidence will be right up there.

Alex Iwobi could be handed a start here as speculation surrounds Alexis’ future. The youngster will look to put his off-field controversies behind and perform well on the pitch.

Özil should function down the right and in central positions, provide early passes, crosses and through balls. He is the player to watch out for in this game.

Lacazette will have to score for the Gunners if they are to dig something out of this fixture. Should start up front.