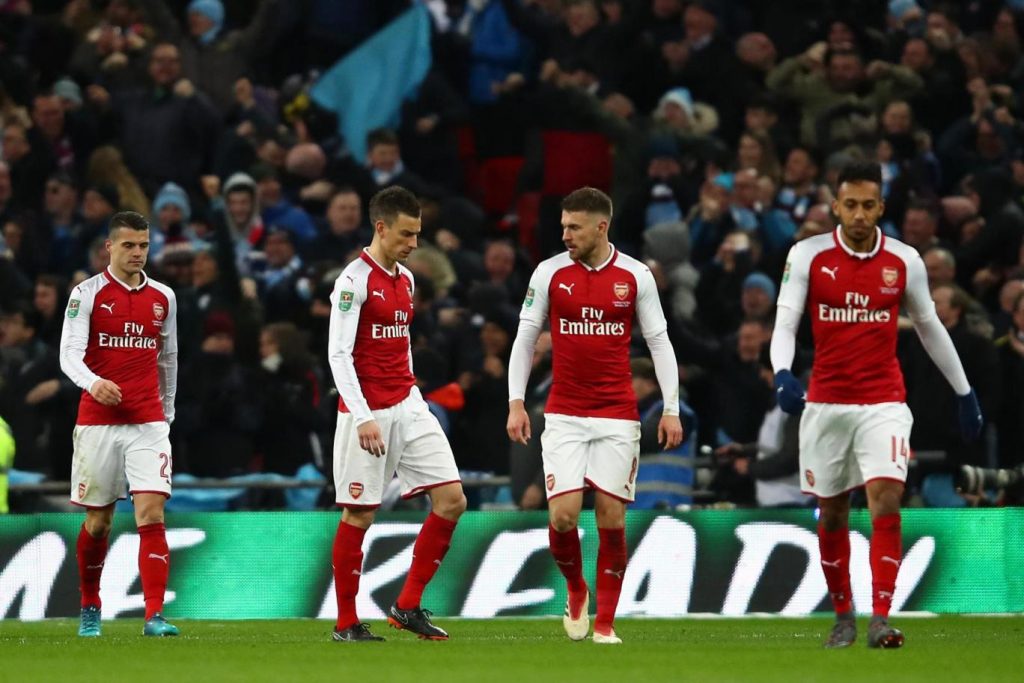 Arsenal’s nightmarish run of form has instigated a frenzy of rage among the fans and two back to back 3-0 defeats against leaders Manchester City have further jeopardised Arsene Wenger’s future as the Gunners boss. They have failed as a team collectively and the Sunday afternoon clash against an in-form Brighton & Hove Albion at Falmer Stadium might bring up more pain unless the players step up and deliver their absolute best to come back to winning ways.

The Gunners are struggling for form and the injuries of Alexandre Lacazette, Nacho Monreal and Jack Wilshere are causing further damage to their comeback fight. They have nothing to play for domestically but a win is required now to uplift the confidence ahead of the crucial Europa League tie against AC Milan. The tournament offers a backdoor entry to Champions League football – the players must solely concentrate on winning this silverware.

Nothing is working out for Wenger at this moment who started the season with a ‘back-three’ but switched to a ‘four-man backline later on. The Frenchman is not expected to experiment further and is tipped to line the Gunners up in a 4-2-3-1 pattern. 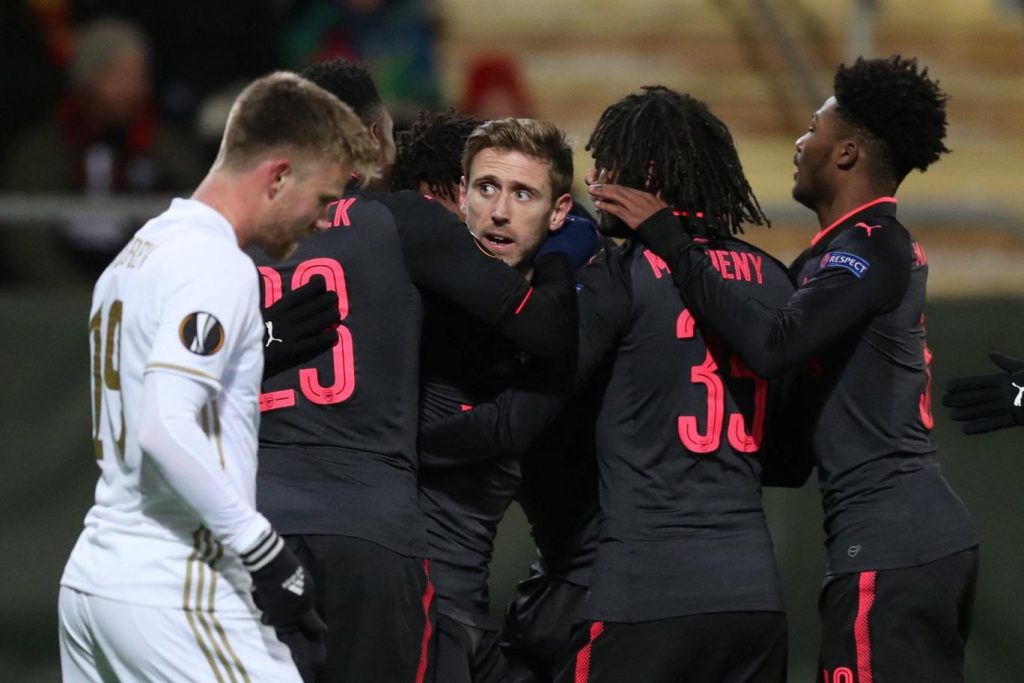 The veteran custodian is not having any comfort between the sticks but is expected to step up and motivate his teammates.

Bellerin has not been able to live up to the promises he showed a few seasons back and is struggling quite often. Although he offers overlapping runs down the flank, Bellerin, however, is a defender first and must concentrate more on tracking back over going forward in search of goals.

Shkodran Mustafi is on a disappointing run of form and might be replaced by Calum Chambers on Sunday.

The veteran Frenchman has witnessed a dip in form recently but is still the best among what the Gunners have got for a central defensive role. He will once again take charge of their backline against the Seagulls.

The Bosnian was a regular starter earlier this season but lost his place after Wenger switched to a ‘back four’ and brought Nacho Monreal back in his usual left-back role. But the Spaniard’s injury has once again handed Kolasinac his first-team opportunity and the former Schalke star is now determined to secure a starting slot.

Back in the team but is yet to be back to his full fitness. The Welshman, however, is one of the very few Arsenal stars who has impressed this season and the fans will be demanding an influential outing from their cult hero.

Granit Xhaka’s dismal performance might allow the sporadic Egyptian to return to the starting XI versus Chris Hughton’s men and a run of good games in the middle of the park will hand him a more settled future at Arsenal.

The Armenian has completed his winter move from Manchester United and is trying hard to leave an impact with his movements, one-twos, link-up play and vision. The Gunners will be banking on him to upturn their fortune and create something spectacular on Sunday afternoon.

Might be the greatest name in the current Arsenal squad but the German has repeatedly failed to turn up on big occasions and will be hoping for a much better display against their weekend counterparts.

Although it was Danny Welbeck who started against the Cityzens on the left flank, his failure to leave an impact must open the first-team door for youngster Alex Iwobi who holds the promise to be a next-gen star for the North Londoners.

Arsenal’s club-record transfer made a flying start to his Premier League career with a debut goal but has failed miserably since then. Aubameyang missed a sitter against Manchester City in the League Cup final and also wasted his spot-kick versus the same opponent on Thursday night. He should start the game against Brighton but desperately needs to hit some goals to rediscover the form that he was known for during his Borussia Dortmund days.