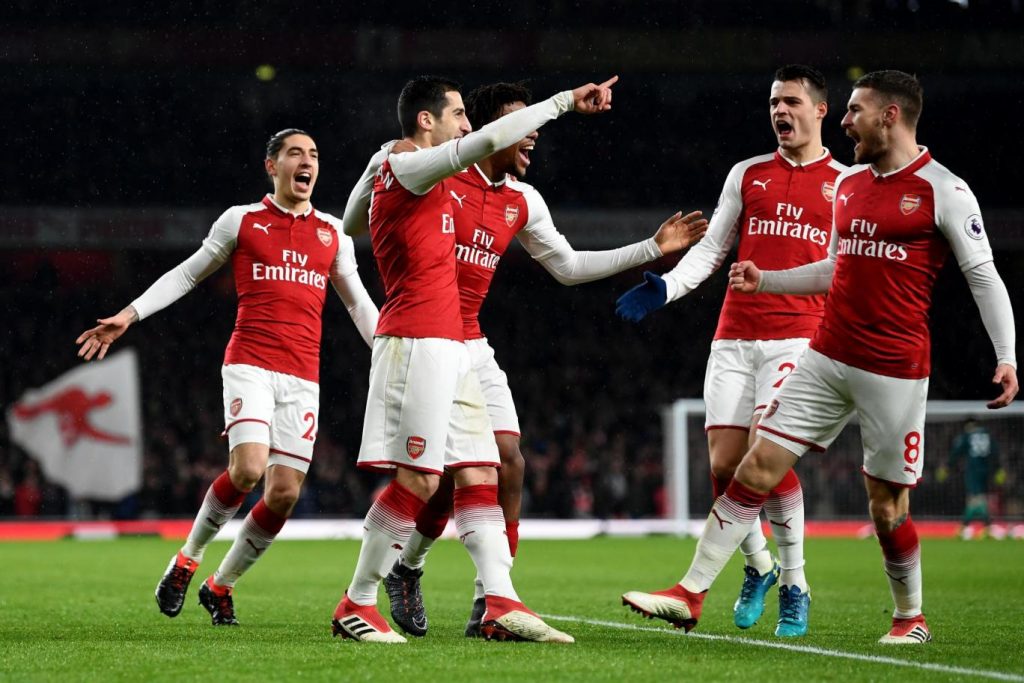 Predicted Arsenal Lineup To Face Ostersunds In The Europa League

Arsenal take on Swedish side Ostersunds in the knockout phase of the Europa League on the 15th of February. Coming into this game on the back of a loss to bitter rivals Tottenham Hotspur in the Premier League over the weekend, the Gunners will be looking to bounce back and secure their place in the round of 16 of the Europa League. With the chances of a top-4 finish in the Premier League looking slimmer and slimmer each week, the men from London will have to go all out for the Europa League to have any hope of qualifying for the Champions League next season.

Arsene Wenger has vowed to play a full-strength side in the Europa League as there would be no point playing a diluted team, given that Arsenal do not have any FA Cup commitments. With the next local match being on the 25th of February, Arsene Wenger would see no need to rest the first-team players.

Moreover, the players themselves would be looking to seek revenge after a miserable performance against Spurs in the North London Derby. Arsenal are currently adrift of the top-4 by 7 points with 11 games to spare. With an abysmal away form, this task will be no easy means. Contrary to their away form in the Premier League, Arsenal have won 2 out of 3 away games in the Europa. They will be looking to continue this decent run against the Swedish side on Thursday.

At the moment, Aaron Ramsey, who missed the Spurs game due to a minor groin injury, remains a doubt. Arsenal will also be without their star signing, Pierre-Emerick Aubameyang, who cannot play for the Gunners in the Europa League as he is cup-tied. Lacazette is out for upto 6 weeks with a knee injury along with Santi Cazorla, who is a long-term absentee.

Cech has been having a rough season with Arsenal and this poor form has drawn criticism from the fans. However, the 35-year-old has made some important saves and will be looking to salvage his reputation in Europe.

Arsenal, unlike the other top clubs in England, do not have much depth in their squad, particularly in the defence. Hector Bellerin is the only consistent right-back the Gunners have at the moment and he should start in the midweek fixture.

Koscielny is under considerable pressure after a bad run of games. However, he is still Arsenal’s best centre-back and will be looking to make amends in the Europa League.

Mustafi too has been performing poorly for the Gunners in recent times. The main criticism against the German has been his lack of communication with other teammates and he will be looking to improve this.

Monreal has been one of the best players for Arsenal this season. He has overtaken summer signing Kolasinac for this position, with his brilliant tackles and surprising goal-scoring prowess. He should be in the starting lineup for the Gunners.

The Englishman has been in fine form for Arsenal in the past few weeks. A frequent starter, Wilshere’s key passes and movements will definitely come in handy against the Swedish side.

Another Arsenal player who has been absolutely ripped apart by the fans and media, Xhaka has not offered much in his midfield role. However, the Swiss international is a brilliant player on his day and Arsenal could definitely use his presence in the Europa League.

Arsenal’s player of the month in January, Elneny will play a key role in guarding the Arsenal defence. A highly underrated player, Elneny will most likely pip the injured Aaron Ramsey for this position on Thursday.

After a blistering debut, providing 3 assists, Mkhitaryan was relatively invisible in the game against Tottenham. The Bundesliga player of the year still has to prove himself in England and will look to shut his critics up by playing the football we all know he is capable of.

The German pleased Arsenal fans with his contract extension. Now with that out of his mind, he can concentrate on doing what he does best. After being criticised for his laziness and lack of motivation, he has really come to life and has shown his hunger to the Arsenal faithful. A definite starter.

With both Aubameyang and Lacazette unavailable for this game, Welbeck should start this game up front. A huge responsibility lies on his shoulders.