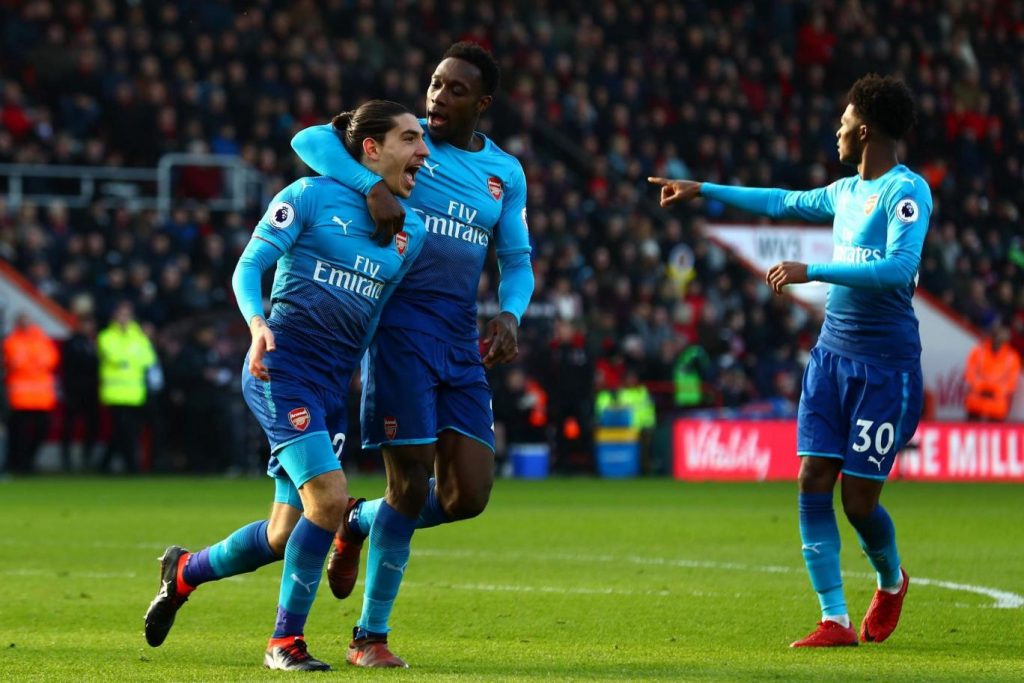 Arsenal will look to get back to winning ways when they clash against Crystal Palace at the Emirates Stadium on Saturday.

Arsene Wenger’s Gunners are going through a rough patch and are without a victory in their five previous games in all competitions – with the latest of those being a 2-1 defeat at the hands of Bournemouth in the Premier League. The loss left Arsenal 5 points shy of arch-rivals Tottenham Hotspur in the league table, who occupy the 5th place. Wenger will be hoping to end this rut with a win over the Eagles, whom they defeated 3-2 during the festive period last year.

Alexis Sanchez is likely to be left out of the squad once again as he looks to complete his move away from the Emirates. Nacho Monreal (ankle) and Olivier Giroud (hamstring) are also ruled out of the game, while Laurent Koscielny (Achilles) and Mesut Ozil (knee) are doubts to be involved as well. Santi Cazorla is the only long-term absentee.

Here’s how the North Londoners could take the field as they look to arrest their downslide:

The veteran goalie has been on the receiving end of a lot of flak of late for his lacklustre performances. Will be itching to get a clean sheet under his belt.

With Koscielny unlikely to feature, former Southampton man Calum Chambers should continue on the right-hand side of the back three.

The German international will have to essay the role of the senior defender in the absence of Koscielny and Per Mertesacker.

The 22-year old former Bolton Wanderers centre-half is likely to occupy the slot on the left-hand side of the three-man defence for the Gunners.

Scored a goal in the loss to Bournemouth last weekend. Will be keen on making an impact at both ends of the pitch on the right-wing.

The Egyptian midfielder could be drafted into the playing XI in place of the misfiring Granit Xhaka for the game against Palace.

The England international has been the only saving grace for the North Londoners in the past few weeks. Has well and truly re-established himself and will start on Saturday.

The academy product has been preferred in the left wing-back role of late by the manager. Will have a serious task at hand, going face-to-face against Wilfried Zaha.

The Nigerian winger has just a single goal to his name this term, which came way back in October last year. With Mesut Ozil a doubt, he needs to start delivering for the Gunners.

The former Manchester United forward’s last Premier League goal came in the 3-0 win over Bournemouth in September 2017. With Wenger insistent on not involving Sanchez, Welbeck is another who will need to step up in a big way.

The club record signing has gone 8 league games without finding the back of the net. Needs to turn things around if his side are to get back on track.