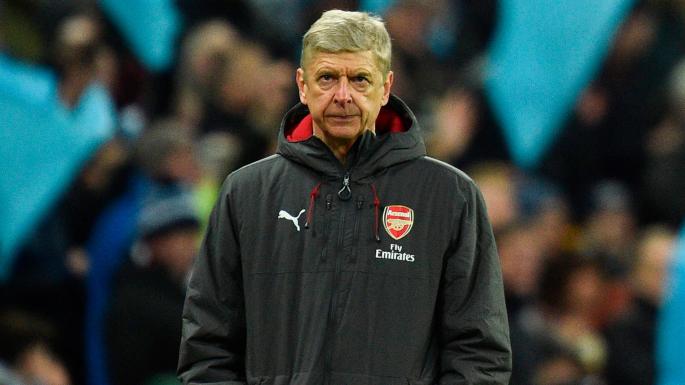 Arsenal manager and long time Premier League veteran Arsene Wenger could finally look set for the sack with the Gunners board reportedly lining up a list of managerial targets to succeed the 68-year-old.

The longest-serving manager in Premier League history with 22 seasons under his belt overtaking Sir Alex earlier this year looks likely to get the chop this summer  with one source even stating “Wenger had a board meeting yesterday [Monday] and today [Tuesday] told all first-team players and coaches if club isn’t in the Champions League next season it is all change in the summer.”

Arsenal who currently sit in 6th place are far from the gun slinging, dynamic and utterly terrifying side of the 2003/2004 season have looked toothless and pretty spineless in recent seasons with the North London based side showing their ineptness in their 3-0 Carabao Cup defeat to Manchester City.

The scoreline aside it was the performances that annoyed most Arsenal fans with poor defending, poor communication but most importantly a lack of work rate and desire from many of the Arsenal players with the likes of main man Mezut Ozil literally walking at some points of the game.

Should the Arsenal board finally look set to cut ties with the Frenchman after rewarding him with a 2-year contract extension last summer the Red half of North London has multiple managerial targets with a number of former players linked with taking the helm at the Emirates.

Away from Arsenal’s former players Hoffenheim’s Julian Nagelsmann and Monaco’s Leonardo Jardim all linked with a move to the English capital.

The only constant between the plethora of managers is the fact they are all quite young in managerial terms, which means that Arsenal are looking for a new manager to come in and stay in charge for over a decade like Wenger had done having arrived virtually as an unknown entity after arriving from Nagoya Grampus in the Japanese league.

Furthermore, while all have very different levels of experience, playing styles and stature they all have an emphasis on youth development, and with young stars like Ainsley Maitland-Niles, Reiss Nelson, Joe Willock and Cohen Bramall all among a number of serious talents for Arsenal FC.

Wenger, however, is stuck in a world of his own and in a bubble, he believes that he will stay beyond this season, win the league next season and be rewarded with a new deal. Yet doesn’t want to spend. What logic is there?! The gap is currently so big between the Top 4 and Arsenal, Burnley look like the more likely rival.

In the words of ArsenalFanTV “It is time for Wenger to go!” It is no longer the swash bucking style of yesteryear, but a misfiring Arsenal team with the players no longer playing for the manager, and that is the saddest thing of all.