Tottenham lost their second game in a row at their new home after a 1-0 defeat to Ajax in the semifinals of the Champions League on Thursday. Donny van de Beek’s first strike was enough for the Dutch side to take home a valuable away goal to the second-leg.

The hosts saw all of the ball in the early exchanges of the game but failed to penetrate Ajax’s solid midfield. Ajax’s pressing immediately swayed the momentum in their favour and Donny van de Beek winning the ball off of Sanchez set them on the attack but the Colombian did well to recover.

Ajax dominated the possession in the next few minutes and Spurs struggled to even get a sniff off the ball. Their lack of possession cost them in the 14th minute after Donny van de Beek got on the end of a wonderfully disguised pass. And his right-footed shot comfortably beat Lloris to give them the lead. 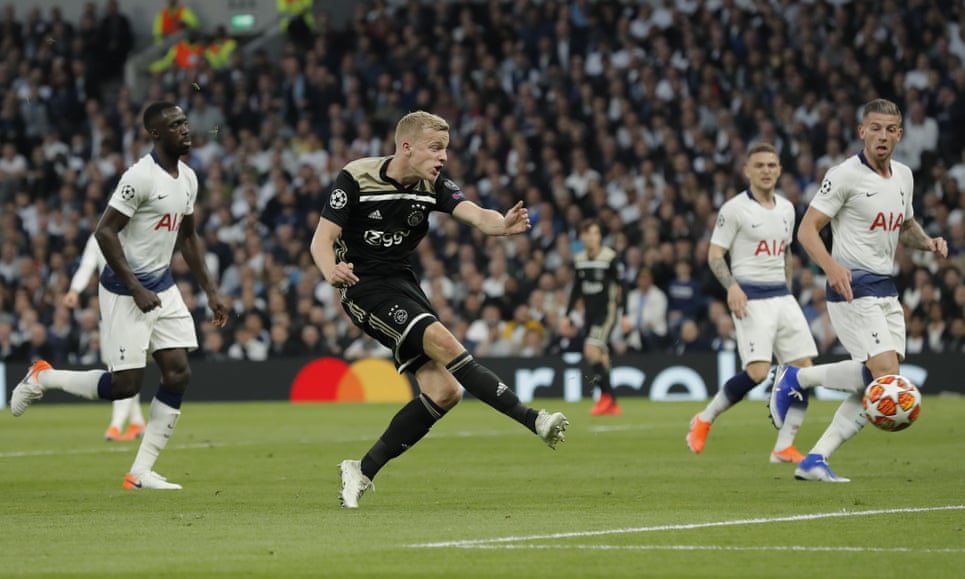 The visitors continued to dominate and looked threatening on the attack with David Neres’ pace a clear outlet for them. Ajax had over 73% possession at the 20th-minute mark and looked like they were at home.

Ajax almost finished off a beautiful move after Van de Beek dummied a ball into the path of Tadic who set the Dutchman through on the left but instead of squaring it back, he had a pop at goal which was saved well by Lloris.

Tottenham’s first chance of the game came in the 26th minute from Eriksen’s freekick but Llorente’s header was well off target. Spurs suffered a huge blow after a clash of heads between Vertonghen and Alderweireld saw the former badly hurt. 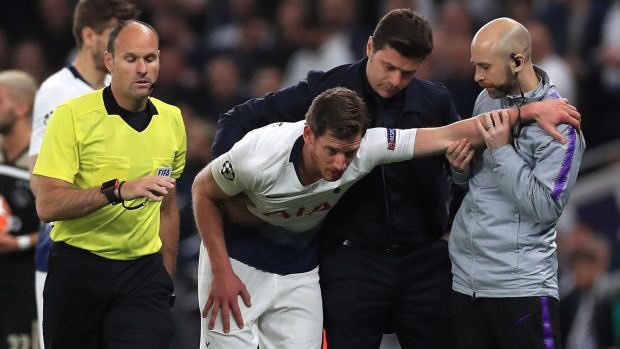 Vertinghen looked hugely uncomfortable with the knock to his face and was momentarily replaced by Sissoko. The break in play swayed the momentum to Tottenham’s favour as Lucas Moura began to find some space to run into.

The Brazilian evaded a couple of defenders to make his way into the box but a last-ditch tackle from Veltman helped the visitors keep their lead. Alderweireld had a massive chance to level the score but his free header went over the bar.

Ajax preserved their lead despite a late flurry of attacks from the hosts and went in to the break as the better side. 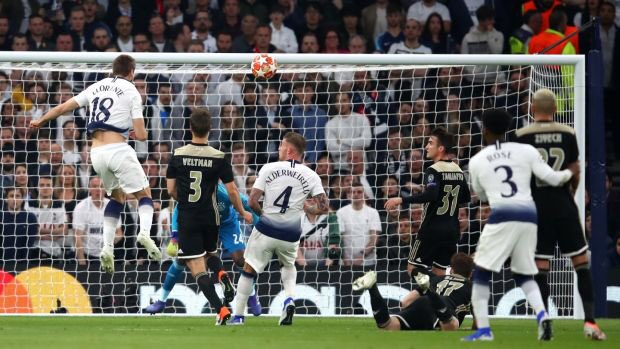 Tottenham started off the second half just like they ended the first – with full of energy. Sissoko’s introduction had a positive impact on Spurs’ midfield, especially after being dominated in that area by Ajax before his arrival.

Tagliafico had a pop at goal from 25 yards but his shot very narrowly missed the target. Ajax failed to deal with a ball in their own box as Llorente and Moura battled for it before the ball fell into the path of Alli, whose shot was saved comfortably by Onana.

Alli had another chance a few minutes later after he got himself at the end of a decent cross from Trippier but his header went over the bar. Spurs looked a different side compared to the first half and dominated the possession. 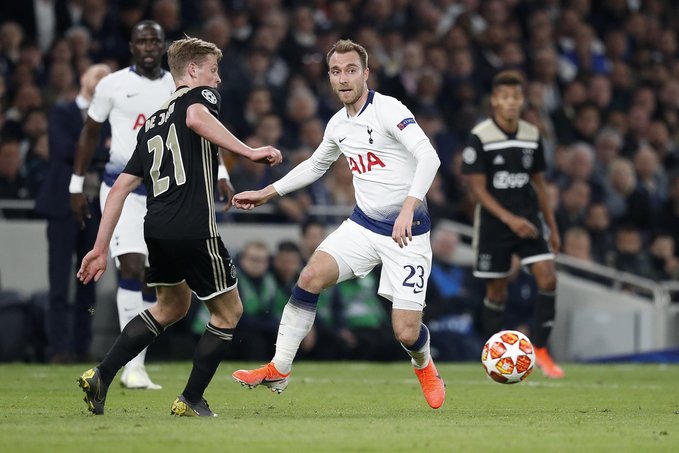 Ajax remained resilient in defence despite spending a lot of time off the ball but Spurs lacked that final ball to cause them any considerable trouble. Ajax almost doubled their lead after Tadic slipped a ball into the path of Neres but the forward’s shot rattled off the post. Huge let of for Spurs there.

Ben Davies and Juan Foyth replaced Danny Rose and Kieran Trippier for the last 10 minutes of the game. Alderweireld had another chance off Eriksen’s freekick but the Belgian, like in the first half, failed to hit the target.

Ajax managed to hold on to their lead despite immense pressure from the hosts and they take a hugely valuable away goal back to the Johan Cryuff Arena. The second half display should fill Spurs with confidence ahead of their trip to Amsterdam next week though. 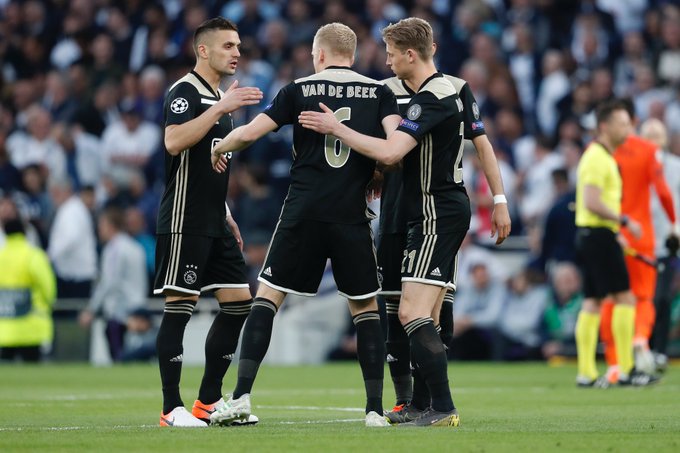 Here’s how some Spurs fans reacted to the result: