Celtic have more reasons to celebrate after their consecutive treble triumph as the club has confirmed that midfielder Tom Rogic has signed a contract extension.

The news came just a day before the Hoops completed another domestic treble, beating Motherwell in the finals of the Scottish Cup, having already won the League Cup and the Premiership.

The Australian international’s contract was due to expire at the end of the season, sparking speculations over his future with the Hoops, with Premier League outfit Southampton having been linked with a move. However, Rogic has put an end to all the rumours, by signing a long-term contract that runs until the summer of 2023.

Having joined the Scottish giants from Australian outfit Central Coast Mariners in the January window back in 2013, the 25-year-old endured a difficult first two years with the Bhoys, when he hardly played.

However, since the 2015/16 campaign, Rogic has grown into an important player at the Parkhead, especially over the past couple of seasons under current manager, Brendan Rodgers.

Till date, the 35-time capped Aussie international has turned up 133 times for Celtic, scoring 30 goals in the process and registering 23 assists as well.

Rogic played a huge hand in the Hoops’ historic treble-winning season in the 2016/17 season, as he contributed with 12 goals and 6 assists in 37 appearances in all competitions.

This past season, the attacking midfielder took the field on 41 occasions in all competitions, in which he has managed to find the back of the net on 8 occasions, setting up 9 more for his teammates.

What endears him to the fans is the fact that he always seems to step up his game a notch when the Hoops face arch-rivals Rangers.

Rogic has scored a goal in all four of his appearances in all competitions against the Gers this season, while he missed one league encounter due to a knee injury. 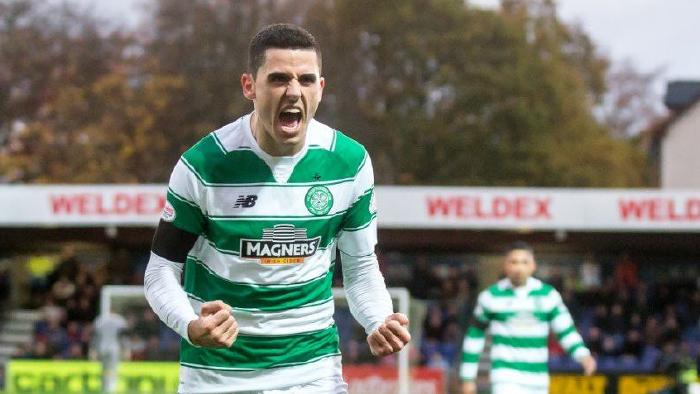 The 25-year old has had ups and downs in the season, with injury towards the end of last year hampering him. He has, on occasions, gone missing in games but overall, Rogic remains an extremely vital player in the scheme of things for Rodgers and Celtic.

An intelligent operator, Rogic’s ability to link things up in the final third and unlock defences makes him a valuable asset and the fact that he can chip in with quite a number of goals by himself is something that is very pivotal for the Scottish champions.

Considering that he is just 25 years old and is yet to hit his peak makes the news of Celtic nailing him down on a long-term contract even sweeter.