Derby County striker Cameron Jerome has signed for Turkish Super Lig side Goztepe for an undisclosed fee, reports the BBC.

Jerome, 32, arrived at the club in January from Norwich City and scored six goals in 20 appearances. But the striker failed to make an appearance for Derby this season under new manager Frank Lampard before making a switch to Turkish side Goztepe on Friday.

Jerome had fallen down the pecking order at Derby under Lampard after the new manager brought in several attacking reinforcements to boost his club’s chances of top-flight promotion this season. The likes of Martyn Waghorn, Florian Jozefzoon, Jack Marriott and Harry Wilson came through the front door at Pride Park this term, which meant Jerome had no future at the club.

The former Three Lions youth international started his career at Middlesbrough and has gone onto have an impressive career in England with Cardiff City, Birmingham City, Stoke City, Crystal Palace and Norwich City, racking up over 500 career appearances and scoring 130 goals.

Jerome moved to Pride Park in January and he ended the season well before the change of management saw his Derby career fall into jeopardy. When Lampard arrived at Pride Park, he had to offload big-earners to trim the wage bill that had grown too large in the last couple of seasons. Lampard has brought strikers Waghorn and Marriott this summer and has given veteran David Nugent another chance to flourish this term.

By signing a couple of highly-rated strikers and keeping hold of the experienced David Nugent, Lampard has allowed Jerome to leave the club. Interestingly, Jerome isn’t the only striker to leave Derby this season. Matej Vydra – Championship’s top goal-scorer last season, has already been shown the door and Andreas Weimann has been offloaded too. 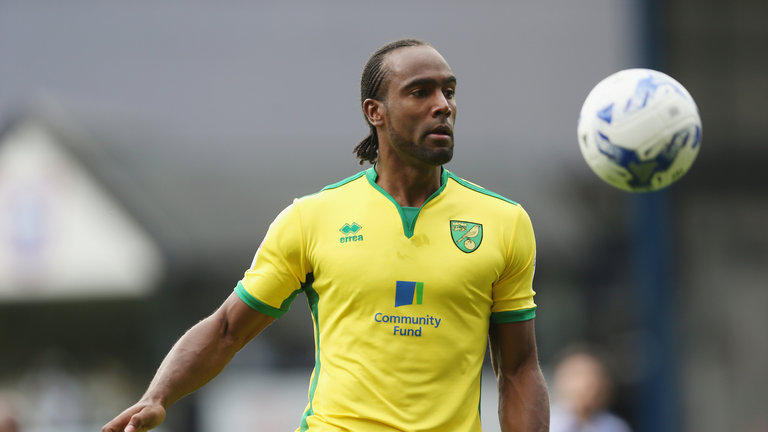 It was a good decision taken by Lampard to allow Jerome to leave Pride Park. Jerome’s contract was set to expire next summer and since he had no future at the club, it makes sense that Derby cashed in on him to try and recoup as much of the £1.5m investment as possible.

At 32, Jerome may have slowed down a bit but he still has a lot to offer on the football pitch. He is an experienced player and played a key role in Derby’s return to form at the end of last season, featuring in both playoff semi-final legs against eventual winners Fulham.

Certainly, Jerome’s best opportunity for regular first-team football was to leave Derby before Friday’s deadline and he did that. Having found himself on the fringes, the powerful centre-forward’s departure from Pride Park is ideal for all parties involved.