Luciano Vietto is the missing piece in Fulham’s puzzle

Fulham picked up their first win of the season by beating Burnley 4-2 at Craven Cottage. Slavisa Jokanovic’s men looked terrifying going forward and finally made their chances count in this game.

It was a perfect performance from Fulham’s perspective. The Cottagers have been playing good football in their last few games but were unable to come away with a win. A few tactical tweaks and Luciano Vietto’s inclusion provided Slavisa Jokanovic with some much-needed venom in the final third.

Vietto was arguably the best player on the pitch that night. Though it was Mitrovic who popped up two goals. Vietto played a crucial role in each and every single one of them. The Argentinian picked up two assists to cap off a brilliant full debut. 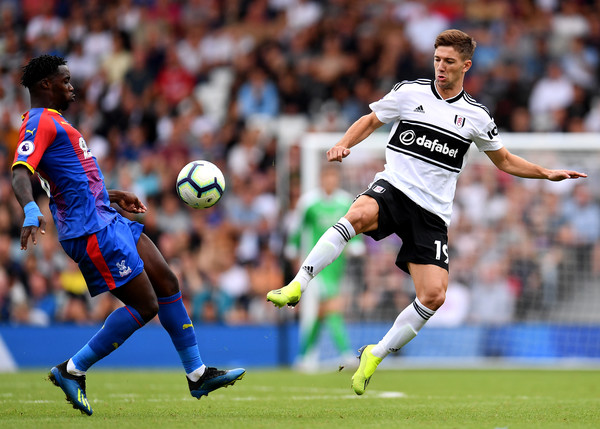 Fielded on the left side of a three-man attack, Vietto flourished, surging up and down the flank. The Argentinian is a right-footed player who was fielded on the left-wing. He posed all sorts of problems for Burnley’s well-drilled defence.

Though the pass for Seri’s goal was a simple one, Vietto’s distribution was excellent. The 24-year-old opted to play out simple quick passes rather than constantly deliver the ball into the box.

The fact that he is a right footed player on the left flank allowed the winger to cut in and find space inside the box or on the edge of it. And this is how Seri found the back of the net for the opening goal. Vietto once again turned provider when he cut onto the right and played a teasing cross into the box for an onrushing Mitrovic to head home.

Mitrovic has shown that he is more comfortable converting deliveries from the left side. In the second half, Vietto and Schurrle often switched wings to trouble the Clarets’ backline. This was a splendid tactic which allowed Schurrle to wreak havoc on the right-hand side and Vietto play in sublime crosses from the left.

He was also a constant threat to Joe Hart, with the winger taking a total of 4 shots in the whole game. Vietto also supplied 5 crosses and created 1 big chance in the final third. Vietto seems to be the missing piece in Fulham’s puzzle. (Stats Courtesy – Premier League)