Chelsea will be itching to get their season underway after completing a couple of major deals over the last few days.

The Blues appointed former Napoli boss Maurizio Sarri as the new manager and subsequently signed Napoli midfielder Jorginho for a reported fee of around £57million. Manchester City were touted as favourites for the Italian’s signature but the Blues hijacked the deal to lure the player to London.

The Blues have also appointed former club icon and legend Gianfranco Zola as the assistant of Maurizio Sarri. Zola returns to the club after enjoying a seven-year playing career with Chelsea which saw him win numerous honours and trophies with the club.

The Italian won 2 FA Cups, 1 UEFA Cup Winners’ Cup, 1 UEFA Super Cup and 1 League Cup from 1996-2003. He made a total of 229 appearances for Chelsea in the Premier League, scoring 59 goals and providing 42 assists. Zola was one of Chelsea’s top strikers back in the day. He scored the winner in a 1-0 win against VSB Stuttgart in the 1998 UEFA Cup Winners’ Cup. 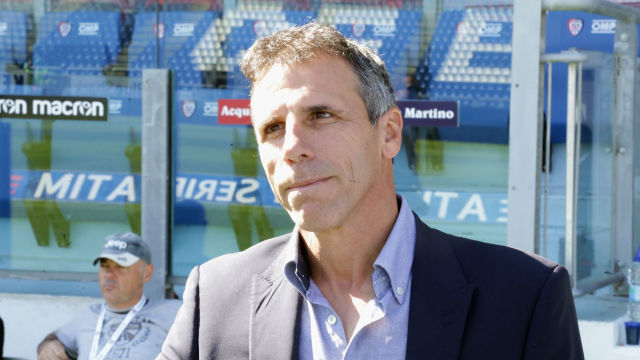 The 52-year-old has also gained a lot of experience in the coaching field. He has managed the likes of West Ham United, Watford, Cagliari and Birmingham City. The Italian has also coached Qatari outfit Al-Arabi for a year.

With Zola now back at the club, there will be a sense of nostalgia around the manager’s arrival. The Italian can be a massive influence on the players. He could be the perfect man to mentor the strikers.

The likes of Alvaro Morata, Olivier Giroud, and Michy Batshuayi would thrive off his knowledge and wisdom. His very presence already makes the club look a lot stronger than last year.

Zola was the main man behind Watford’s promotion to the Premier League in 2013. The Hornets played one of the playoff games of the century against Leicester City, which saw goalkeeper Manuel Almunia save a penalty on one side and kickstart a counter-attack which resulted in Troy Deeney scoring an emphatic stoppage-time winner at the other end.

Gianfranco Zola was the Hornets’ manager at the time. His philosophy of counter-attacking football flourished, with the Hornets getting promoted to the Premier League that year.

Read more: Why Chelsea must refuse £150m Hazard offer from Real Madrid and demand this upcoming superstar in return

His attacking instincts and managerial nous could be a massive game-changer for the Blues this season. Maurizio Sarri is also a huge admirer of the high-intensity attacking football. Together they would create a formidable partnership that could see Zola lift the Premier League title as a Chelsea coach.