Mikel Oyarzabal is currently one of the hottest young talents in the La Liga. Plying his trade with Real Sociedad, the 21-year-old creative ace has made eyeballs turn with his consistently impressive displays in the midfield.

An academy graduate of Real Sociedad, Oyarzabal rose through the youth ranks and made his senior professional debut in the 2015-16 season. He tasted considerable success in his debut season where he netted six goals in the La Liga. The youngster followed it up with another impressive 2016-17 season, registering 2 goals and 7 assists.

However, he really caught the eye with his blistering performances last season, accumulating a career-best tally of 12 goals and 5 assists in the league. And Oyarzabal has carried on from where he left last season, having already hit the ground running this term with 5 goals.

Oyarzabal, who has been capped once at the senior level by Spain, is a technically-gifted and to tactically-versatile creative midfielder who is capable of playing in multiple positions in the middle of the park. Essentially a left-footed left-winger by trade, Oyarzabal has also been used on the right wing and through the centre in a No. 10 role behind the striker.

He is different from most of the young wingers in the same mould. The Spaniard is sharp, agile and fleet-footed but he does not have the lightning pace to leave the defenders for dead. Standing at 5ft. 11 inches with a lean frame,  he is not the most physically dominating attacker either.

Well, those are the two major weaknesses in his game which has seen him bullied out of the scene at times. However, he has a lot more in his armoury that makes him a nightmare for the defenders.

Oyarzabal is good at link-up play, a trait that helps him overcome his lack of lightning pace and physicality. He is known for his quick turn of pace and his ability to create chances with his short, quick and incisive passing. 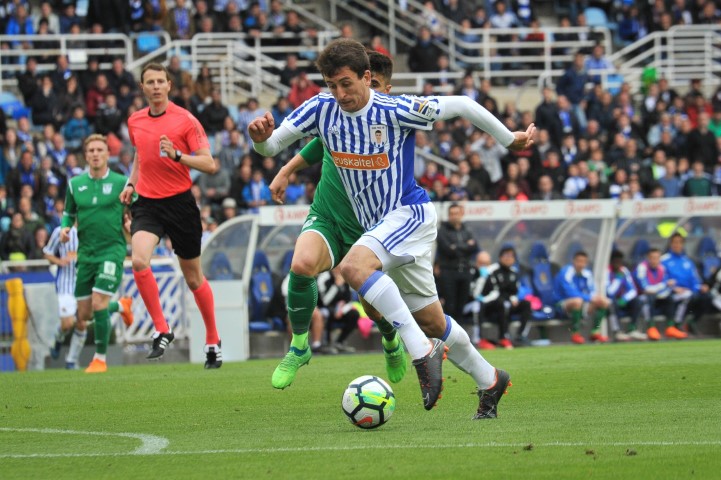 With his ability to play quick one-twos in the final third and draw the defenders out from their positions with his perpetual movement off the ball, Oyarzabal is more of a Juan Mata-esque player who excels with his vision and technical abilities.

Furthermore, he has a magical left foot that is not only capable of finding the net with spectacular curling efforts but also creates chances with inch-perfect through balls.

To put things into perspective, he would be a great signing for Watford. The Hornets already have some top-quality attackers like Roberto Pereyra and Gerard Deulofeu, both of whom are endowed with outstanding technical abilities. And someone like Mikel Oyarzabal can definitely add more firepower to Watford’s already potent attack. Read More:- 22 goals in 95 games – This 25-year-old Argentine star would be perfect for Watford

That said, they should make a move for him in January as the youngster has all the attributes to help Watford secure a Europa League spot.