Arsenal have enjoyed a solid pre-season tour that included a 5-1 win over Paris Saint-Germain and a 1-1 draw against Atletico Madrid, with the Gunners going on to lose the penalty shootout.

However, pre-season friendlies cannot be taken as seriously and these are still early days of Unai Emery’s reign. The new manager’s first test will be during the game against champions Manchester City on August 12.

Down the years, the Gunners have been known for providing youngsters with a chance to showcase their talent. The upcoming season will be no different as Emery must rely on a plethora of young guns to achieve his ambitions in his debut season at the Emirates.

Keeping that in mind, here are three Arsenal youngsters to watch out for in the 2018/19 season.

One of the most talented youngsters on Arsenal’s books, Emile Smith Rowe gave a glimpse of his quality in the pre-season tour in Singapore by scoring a stunning equalizer against Atletico Madrid. He was instrumental in the club’s victory over PSG too, providing an assist and causing the French champions plenty of problems.

But Rowe is just 18 and that asks for patience straightaway from the club. However, if Emery feels Rowe is ready for first-team action, then there is no point holding him back. 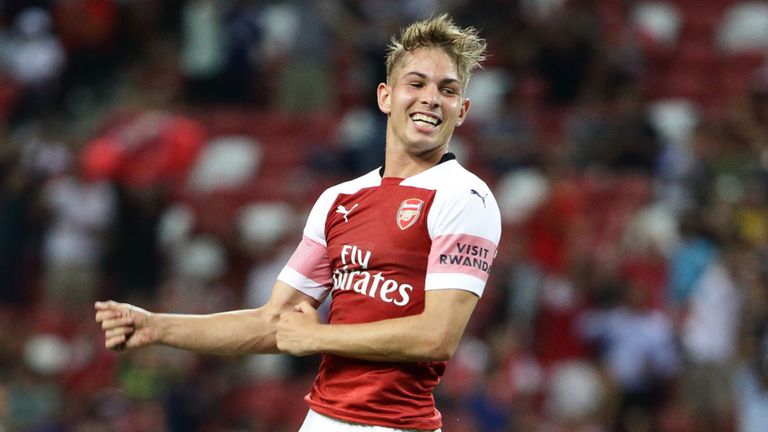 Rowe is an immensely talented young player who was one of the chief reasons behind the Arsenal Under-18s reaching the FA Youth Cup final last season. Quick, skilful and a good reader of the game that belies his age, the 18-year-old could get heavily involved in the second half of the season when injuries and fatigue will start taking a toll on the team.

Easily the most experienced youth in the team after Alex Iwobi, Ainsley Maitland-Niles is already making a name for himself with his consistent displays.

Since debuting under former manager Arsene Wenger, Maitland-Niles has grown leaps and bounds into his game. Versatility is what adds value to his name as he is equally adept at playing in the defence as well as in the midfield. However, the 20-year-old was largely used in the defence by Wenger this past season and Maitland-Niles impressed without any doubts.

Regardless of which position he plays next season, the amount of potential the youngster has is indisputable. Maitland-Niles has quite the reputation at Arsenal and he must build on the immense success he had under Wenger.

Read more: Arsenal’s £100,000-a-week star will flourish under Unai Emery and here’s why – A tactical analysis

Arsenal signed Matteo Guendouzi from Lorient earlier this month and the 19-year-old has not wasted any time impressing the fans with his game and hairstyle. 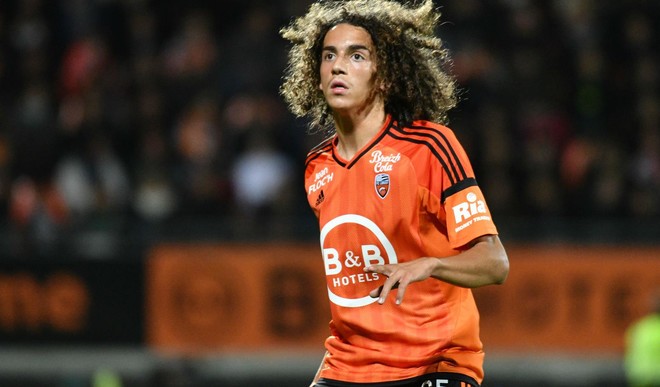 The young Frenchman has impressed supporters in the pre-season with his composed passing, skills and ball retention abilities. Guendouzi has looked confident in everything he has done so far and given his experience in French football, he stands a better chance at representing the Gunners in various competitions when compared to other youngsters.

Guendouzi, a strong tackler with confident distribution, will definitely be one to watch out for this season.